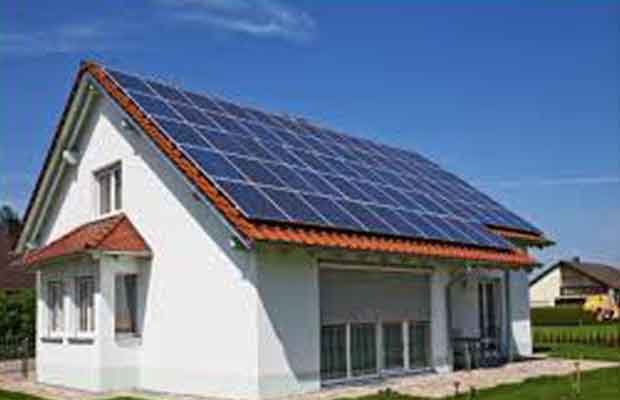 Solar rooftop demand in Vijayawada’s Krishna district is increasing day by day among small industry and households. Major population are coming forward and applying for different solar equipment. Almost all solar units are gaining popularity among the public including solar pumps and solar inverter.

The future capital, Amaravati region is being equipped with solar rooftop installations. State and Central government is offering solar units at a subsidized rate, charging just 20-40 per cent of the entire unit cost.

Total 231 solar units have been installed in order to generate 2.432 MW of power in Krishna district. In 2017, district officials have received over 300 applications for setting up rooftop solar plants. Initially, APSPDCL officials expected that only 6,206 kilowatts of electricity can be produced through the 231 solar units but officials achieved their target with around 180 solar units by the end of August.

From all the solar roof top units, 2,764 KW of energy is being produced, wherein each solar unit produces around 5-20 kilowatt.
Citing on the development, Srinivas, Assistant Engineer Vijayawada circle, said, “People in Krishna district are approaching us to know more about the modus operandi of the solar energy production. Earlier, solar energy was restricted only to water heaters and some lighting stuff. But now, with new technology and proper guidance, one can use them for fulfilling the needs of an entire house and for all electrical appliances. In-fact, we are purchasing energy from the households if they have an excess amount.”

The department is paying around Rs 5.13 for each unit while purchasing energy from the households and individuals.

An existing user, B Sulochana Prasad said, “Setting up a solar unit is not a big hurdle as the government is giving subsidy to the users.” Prasad added, “With time, one gets used to this and once established, it is very easy to operate. We don’t have any sort of power cuts and in winters, the excess energy is sold to the department. People in the surroundings see us like electricity producers and we feel very happy being a part of a change.”