The V O Chidambaranar Port has signed a Memorandum of Understanding (MoU) with Solar Energy Corporation of India (SECI) for the installation of a 5 MW solar power plant.

Estimated with a cost of a cost of Rs. 30 crore, the 5MW plant will be the direct grid connect type and will be set up under Power Purchase mode. 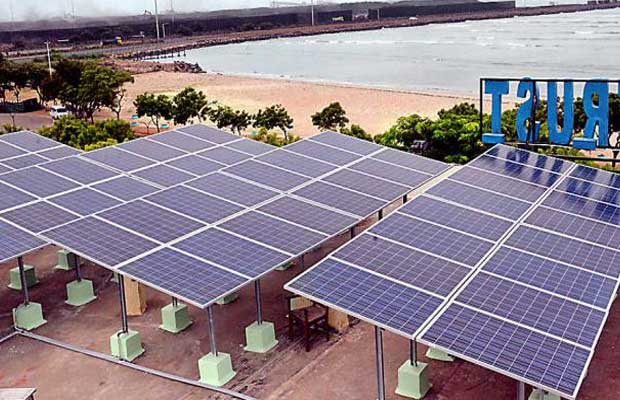 The project will be commissioned by March 2017, and the expected annual power generation would be 7.5 million units. Reduction of carbon emission from the project has been estimated to be 8025 metric tonnes per year. Also, the project is a milestone from the environmental aspect as it would generate pollution-free power. The V O Chidambaranar Port will be fully utilizing the power.

Also, as a part of Green Port initiative, a 100Kw solar plant has already been commissioned at the port’s administrative building on 14th August. The 100Kw solar set-up generates 1.70 lakh units. Moreover, another 400Kw solar power plant is under installation on different buildings within the port’s premises, and will be commissioned by October 2016, generating 6.80 lakhs units per year.