In 2013, Washington had complained to the WTO, claiming that US exports of solar items to India had declined by 90% since 2011 because of India’s “discriminatory practices”. 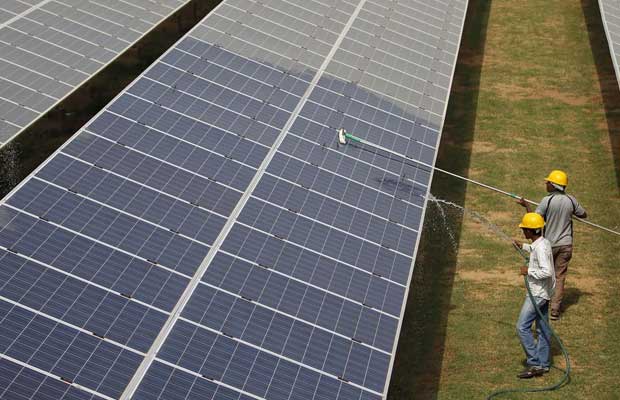 India has failed to comply with a World Trade Organization ruling on solar power, the United States will tell the WTO’s dispute settlement body (DSB) next month, triggering a fresh round of litigation, according to an agenda issued.

Renewable energy has become a sensitive issue as major economies fight to dominate a sector that is expected to thrive as reliance on coal and oil dwindles.

In 2013, Washington had complained to the WTO, claiming that US exports of solar items to India had declined by 90% since 2011 because of India’s “discriminatory practices”.

The United States won the case last year, when WTO appeals judges ruled India had broken the trade rules by requiring solar power developers to use Indian-made cells and modules.

Such “local content” requirements are banned because they discriminate in favor of domestic firms and against foreign competitors.

The world trade body ruled in favour of the US in 2016 and gave India till December 14 this year to comply with the verdict.

“Indian authorities have held extensive internal stakeholder consultations since the adoption of the rulings and recommendations of the DSB to fully comply with them,” India said in its statement to the DSB.

But an agenda for the DSB’s next meeting on Jan. 12 showed the United States plans to raise the dispute again, citing WTO rules on non-compliance with trade rulings.

If India is found not to have complied, Washington could ask the WTO for permission to impose trade sanctions on India. But the WTO dispute system is struggling to process a large number of highly complex disputes, so the legal process is likely to continue for a year or more.