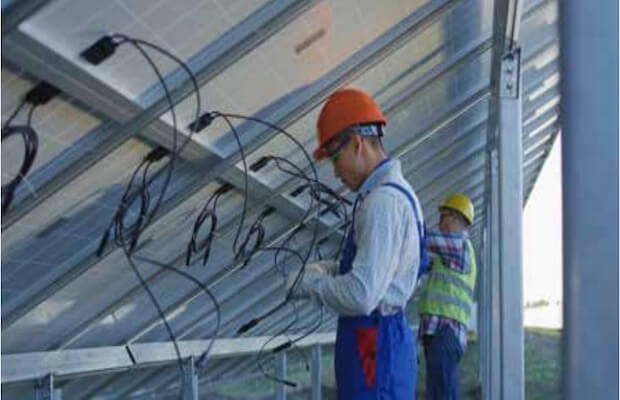 The US solar industry employed nearly 250,000 workers in 2019, an increase of more than 5,600 jobs (or 2.3 percent) since 2018, according to the 10th annual National Solar Jobs Census released by The Solar Foundation. This marks a resurgence in solar industry employment following two years of job losses in 2017 and 2018.

The Solar Foundation, a nonprofit educational and research organization, issues the National Solar Jobs Census each year to provide comprehensive and reliable data on the US solar workforce. Since the first Solar Jobs Census was published, American solar jobs have increased 167 percent, from just over 93,000 jobs in 2010 to 249,983 jobs in 2019.

This job growth reflects the rapid expansion of the US solar industry, driven by the plummeting cost of solar technologies and its increased popularity among individuals, businesses, and electric utilities. In the five-year period between 2014 and 2019, solar employment increased 44 percent, five times faster than job growth in the overall US economy.

Solar jobs also increased in 31 states in 2019, and growth well outpaced the national average in many emerging solar markets. The state with the most jobs added in 2019 was Florida, followed by Georgia, Utah, New York, Texas, Illinois, and Virginia.

“The solar industry has been one of America’s leading job creators over the past decade, as evidenced by our annual National Solar Jobs Census,” said Andrea Luecke, President and Executive Director of The Solar Foundation.

“In just ten years, despite facing many challenges, solar has grown from a niche product to a mainstream energy source that provides a quarter of a million high-quality jobs. This is great news, but it’s only a fraction of what can be accomplished if we are truly committed to solving the climate crisis and expanding the use of solar and storage. It’s past time for us to unite as a nation and create even more jobs by harnessing the power of the sun.” 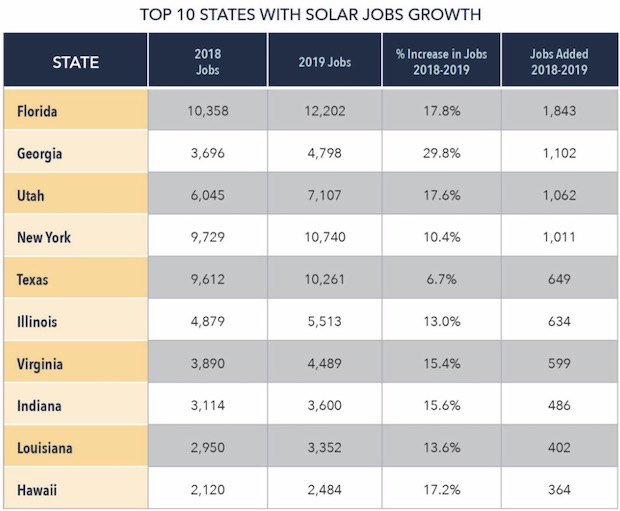 According to the census, California still has by far the most solar jobs nationwide, but jobs declined by 3.4% statewide for a total of 74,255 workers. Other states with a notable decrease in solar jobs from 2018 to 2019 include Michigan, Minnesota, Missouri, New Jersey, New Mexico, Tennessee, Washington, and Wisconsin.