US and India announces creation of a $20 million USICEF initiative 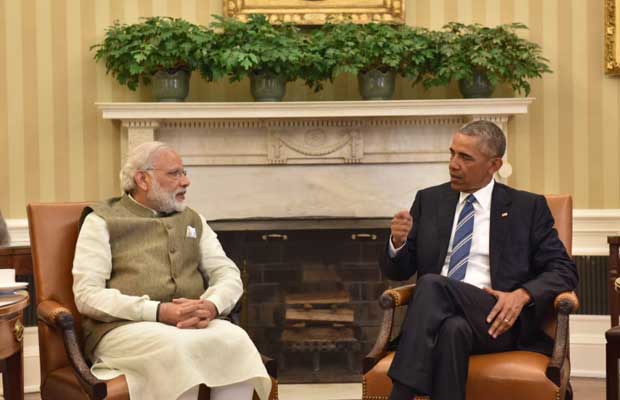 The United States welcomed the launch of the International Solar Alliance (ISA), recognizes the critical role it can play in the development and deployment of solar power, and intends pursuing membership in the ISA. To further strengthen ISA together, US and India will jointly launch the third Initiative of the ISA which will focus on off-grid solar for energy access at the Founding Conference of ISA in September, 2016 in India.

US said it is committed to bring to bear its technical capacity, resources and private sector, and is jointly launching with India new efforts, to spur greater investment in India’s renewable energy sector, including efforts that can serve as a model for other ISA Member Countries.

Both the countries announced creation of a $20 million U.S. – India Clean Energy Finance (USICEF) initiative, which is expected to mobilize up to $400 million to provide clean and renewable electricity to up to 1 million households by 2020 Aa commitment to establish the U.S.-India Clean Energy Hub as the coordinating mechanism to focus United States Government efforts that, in partnership with leading Indian financial institutions, will increase renewable energy investment in India; a $40 million U.S.-India Catalytic Solar Finance Program, equally supported by the United States and India, that, by providing needed liquidity to smaller-scale renewable energy investments, particularly in poorer, rural villages that are not connected to the grid, could mobilize up to $1 billion of projects; the expansion of handholding support to Indian utilities that are scaling up rooftop solar and continuation of successful cooperation with USAID on “Greening the Grid”.

The United States and India in a statement said that they remain committed to the goals of Mission Innovation, which they jointly launched during COP-21 in Paris to double their respective clean energy research and development (R&D) investment in five years. The two leaders reaffirmed their commitment to cooperate on research and development, including through the announcement of an upcoming $30 million public-private research effort in smart grid and grid storage.