On August 12 last month, there was a widespread power outage across 1,58,000 houses with ‘smart’ meters in Uttar Pradesh, As it turned out, this was no ordinary outage, being a remotely activated ‘disconnection’ actually, caused by mismanagement at the distributor end. The cut placed the smart meters installed in all the houses firmly in the spotlight.

While power was restored gradually over the day, the damage the incident did to perception around smart meters and their management was significant. That is one reason the Uttar Pradesh Electricity  Regulatory Commission (UPERC), as the state’s power watchdog, shot of a notice to the state’s four discoms, state owned generator  UPPCL and the Kanpur distributor, where most cases happened.

Predictably, almost all the respondents passed on the buck, blaming other parties contracted for the fiasco. Incredibly, in their defense, the discoms claimed protection since there is no provision in the statutory and regulatory framework for UP for cases involving smart meters.

The UPERC bench, in response passed a strong rebuke to UPPCL/Licensees, pointing out that their response showed “total apathy and grave callousness” to the regulatory directions. “It is time that the senior management owned up to their responsibility, instead of abdicating it to their vendors/suppliers/private parties”, it added.

Adding that terming the disconnections as a ‘disruption in supply’ was a clear attempt to brush off responsibility, the commission also blamed the UPPCL for the breach of data privacy, against its instructions, that the disconnections had shown up. 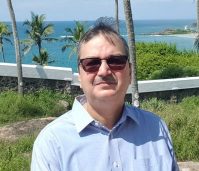 Pointing out that the most basic requirements of law, like a 15 day notice period before any disconnection, are also grounds to haul up the discoms, the UPERC bench went on to impose a compensation of Rs 100 per consumer  for all customers, and a further Rs 50 per day for delays beyond a day. The discoms had claimed that almost 94 percent of the connections  had been restored in the first 6 hours.

Incidentally, the director of Energy Efficiency Services Limited (EESL), Venkatesh Dwivedi, had tweeted days later to say that  the state heads of EESL and L&T had been placed under suspension for dereliction of duty. EESL has  been spearheading the smart meter push across the country.In all the cases, the smart meters started displaying ‘disconnection due to non-payment of monthly arrears’ as the reason for the power snapping off.

Smart Meters promise to significantly improve the discoms’ billing efficiency and reduce losses. UP’s MoU with EESL envisages replacement of 40 lakh conventional metres with smart meters and as many as 10 lakh smart meters have already been installed.