Milind Naik, State Power Minister mentioned in the Legislative Assembly that Goa will not be able to achieve its target of producing 150 MW of solar power by 2021 due to unavailability of flat lands that are required to set up plants.

Responding to the question tabled by BJP MLA Kiran Kandolkar, Naik stated that “As per Central government guidelines, Goa will have to produce 150 MW of solar power by 2021, but we will have problem to fulfill the obligations due to unavailability of suitable land required to set up the plants.” 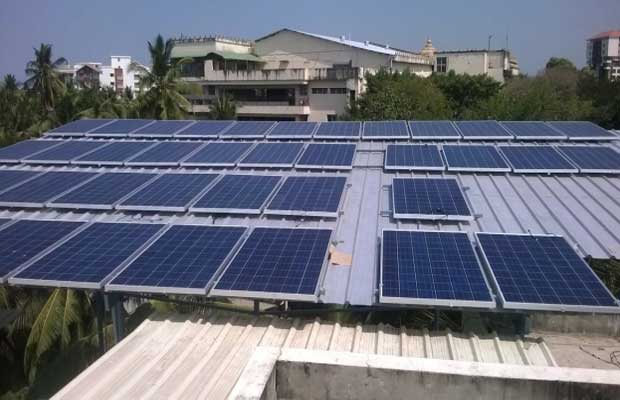 Mr. Naik further added that the Goa authorities have been working towards increasing the share of solar power generation. “We get only 22 per cent results with solar energy generation in Goa. We don’t have flat lands, due to hilly terrain it is difficult, to produce solar power in Goa.”

The Minister stated that the electricity department is in talks with Water Resources department to install solar power panel on the canals (irrigation projects) in order to generate solar power.

Another BJP MLA Nilesh Cabral suggested that the solar electricity produced by individuals in their houses should also be calculated to the grid. To which, Naik replied that as per new Solar Policy, if anyone generates energy at their place, they can use it and transfer the additional power to the grid. “We are working on making such arrangement to transfer the additional power generated through solar powers by individuals,” Naik added further.