This is the largest plant in the East African region. 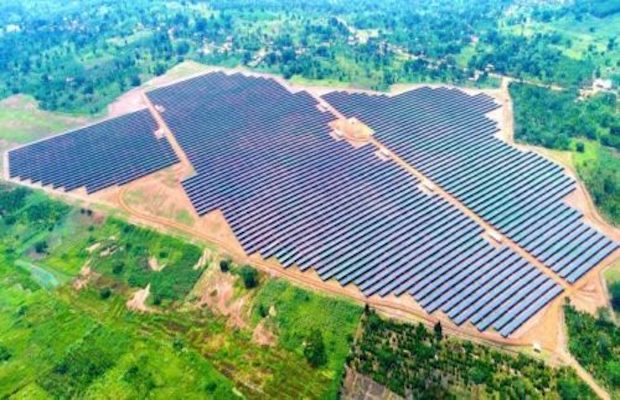 The latest addition of solar-generated energy to the national grid is the 24 MW Kabulasoke pilot solar power plant in Gomba District that was commissioned on 9th January, by President Museveni.

UK based firm-Great Lakes Africa Energy (GLAE), Xsabo Group of Companies and Dr. David Alobo, a Ugandan scientist based in Germany developed and installed the $24.5 million Kabulasoke power plant. This is the largest plant in the East African region.

It is also the third to be installed in Uganda after Soroti Solar plant and Tororo solar power plant, each producing 10MW.

The Chief Executive Officer of Electricity Regulatory Authority, Ms. Ziria Tibalwa Waako, revealed that another 10MW solar plant is near commissioning in Mayuge District. These four will contribute 50MW of solar energy to the national grid.

Once officially commissioned, the Kabulasoke project, which is already connected to the national grid, according to GLAE, will serve a population of more than five million in rural Uganda, who currently rely on kerosene; among other non-renewable energy sources while affording more than 21,000 tonnes of carbon savings.

Speaking at the commissioning ceremony of the Kabulasoke Pilot Solar Power Plant, President Museveni said the government has plans to extend both hydro-electric and solar power to all sub-counties countrywide.

“We are planning to extend electricity to all sub-counties. Some sub-county headquarters already have and what is remaining is to extend power to the villages,” Mr. Museveni said.