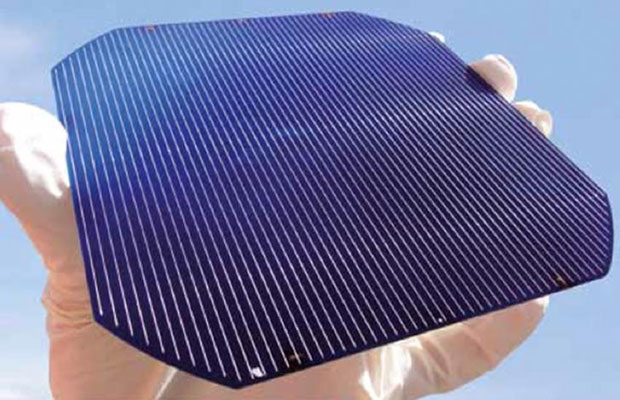 Trina Solar has announced that its State Key Laboratory of PV Science and Technology of China has set a new world record of 23.5% for a high-efficiency silicon solar cell with an Interdigitated Back Contact (IBC) structure on a large-area 156×156 mm2 n-type mono-crystalline silicon (c-Si) wafer.

The record-breaking n-type mono-crystalline silicon solar cell was fabricated with a process that integrates the advanced Interdigitated Back Contact structure with industrial low-cost processes. The solar cell fabricated entirely with a screen-printed process reached a total-area efficiency of 23.5%, which breaks the previous record of 22.94% for the same type of solar cell that was also established by the Company in May, 2014.

Dr. Pierre Verlinden, Vice-President and Chief Scientist, who leads the development of high-performance solar cells at the State Key Laboratory of Trina Solar, said: “We are very pleased to announce the new efficiency result achieved by our scientists and researchers. To the best of our knowledge, this is the first time that a mono-crystalline silicon IBC solar cell with an area of 238.6 cm2 exhibits a total-area conversion efficiency of 23.5%.” He further added “Interdigitated Back Contact (IBC) silicon solar cells are the most efficient silicon solar cells to date but require a complicated fabrication process. Trina Solar has been developing IBC solar cells since the establishment of its State Key Laboratory with the objective to reach record efficiencies with the lowest possible cost. From the beginning we developed a scalable technology for IBC solar cells around large-area 156mm x 156mm wafers as we believe that the wafer size is the key to manufacturing cost reduction of this efficient solar cell.”