Trina Solar Limited has announced that its State Key Laboratory of PV Science and Technology of China has set a new world conversion efficiency record of 22.61% for a high-efficiency p-type mono-crystalline silicon (c-Si) solar cell.

The solar cell was fabricated on a large-sized boron-doped Cz-Si substrate with a low-cost industrial process of advanced PERC (Passivated Emitter and Rear Cell) technology that integrates back surface passivation, front surface advanced passivation and anti-LID (Light Induced Degradation) technologies. The 243.23 cm2 solar cell reached a total-area efficiency of 22.61%. This result has been independently confirmed by the Fraunhofer ISE CalLab in Germany.

Trina Solar achieved a world conversion efficiency record of 21.40% for a large-area PERC mono-crystalline p-type solar cell in 2014, and the Company subsequently beat this with a 22.13% efficiency record in 2015. In July 2016, Trina Solar announced that its production lines were able to produce the same type of PERC solar cells in large volume with an average efficiency of 21.12%, which is only 1 percentage point less than the record efficiency that was achieved in 2015. Today, Trina Solar announces that it has broken its previous efficiency record by about a half percentage point, reaching the highest efficiency level to date for a PERC cell fabricated with a low-cost industrial process on a large-area p-type mono-crystalline substrate. 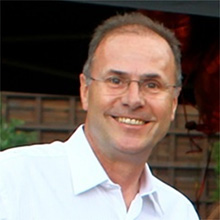 “We are very delighted to announce the latest achievement of our research team at the SKL PVST. Over the last few years, our R&D team has managed to continuously improve the efficiency of our mono- and multi-crystalline silicon PERC solar cells, pushing the limits of technology and surpassing our previous records,” said Dr. Pierre Verlinden, Vice-President and Chief Scientist of Trina Solar. “We want to demonstrate all the possibilities of PERC technology on an industrial scale, and to approach as close as possible to the 25% efficiency level that was achieved by solar researchers at The University of New South Wales in the laboratory more than 17 years ago. In an innovation-driven PV industry, Trina Solar has been always focused on improving cell conversion efficiency and reducing system costs through the development of leading-edge PV technologies and products. Our goal is to insist on technological innovation, and transfer as quickly as possible the laboratory technology to commercial production.”