A new study by the Energy Watch Group and LUT University is the first of its kind to outline a 1.5°C scenario with a cost-effective, cross-sectoral, technology-rich global 100% renewable energy system that does not build on negative CO2 emission technologies. 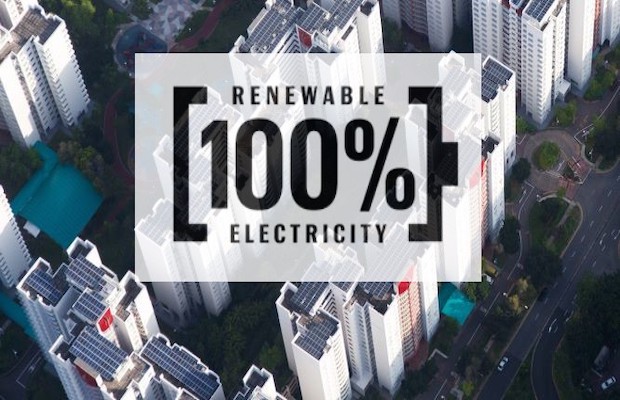 In what should be good news for skeptics worried about the cost of transitioning to a low carbon future, a study says the costs are far lower than previously estimated.  A transition of the global energy system to 100 % renewable energy by 2050 is possible and would be cost-effective as compared to the current fossil fuel-driven scenario, according to the study by think-tank Energy Watch Group (EWG) and Finland-based LUT University.

“The transition to 100 % renewable energy is economically competitive with the current fossil and nuclear-based system, and could reduce greenhouse gas emissions in the energy system to zero even before 2050,” the study titled “Global Energy System Based on 100 % Renewable Energy,” said.

The study also added that 100% RE system will employ 35 million people worldwide with roughly 9 million jobs in the coal mining sector from 2015 getting phased out completely by 2050. They will be overcorrected by over 15 million new jobs in the renewable energy sector.

“100 % renewables are more cost-effective. The energy costs for a fully-sustainable energy system will decrease from €54 per megawatt hour (MWh) in 2015 to €53 per MWh in 2050. The transition in all sectors will reduce the annual greenhouse gas emissions in the energy sector continuously from roughly 30 gigatonnes of Carbon-Dioxide equivalent (GtCO2-eq) in 2015 to zero by 2050,” according to the study released today.

The global primary energy generation in the 100% renewable energy system will consist of 69% solar energy, 18% wind power, 3% hydropower, 6% bioenergy and 2% geothermal energy. The study states that by 2050 wind and solar power will account for 96% of the total power supply of renewable energy sources.

“The report confirms that a transition to 100% renewables is possible across all sectors, and is no more expensive than the current energy system,” said Hans-Josef Fell, a former member of the German Parliament and President of the EWG. “It shows that the whole world can make the transition to a zero-emission energy system. Thanks to the developed model and the extensive existing database, EWG and LUT can now also develop national roadmaps for the transition to 100 % renewables, tailored precisely for the individual countries’ respective context,” he added.

The scientific modeling study simulates a total global energy transition in the electricity, heat, transport, and desalination sectors by 2050. It is based on four-and-a-half years of research and analysis of data, as well as technical and financial modeling by 14 scientists.

The transition to 100% renewable energy will require mass electrification in all the energy sectors. Based on the analysis, the total electricity generation in 2050 will be four to five times higher than the electricity generation in 2015. Accordingly, electricity consumption in 2050 will account for more than 90% of the primary energy consumption. The report concludes with recommendations to promote sector coupling, private investments (which should ideally be incentivised with fixed feed-in tariffs), tax breaks and legal privileges with simultaneous discontinuation of subsidies for coal and fossil fuels.