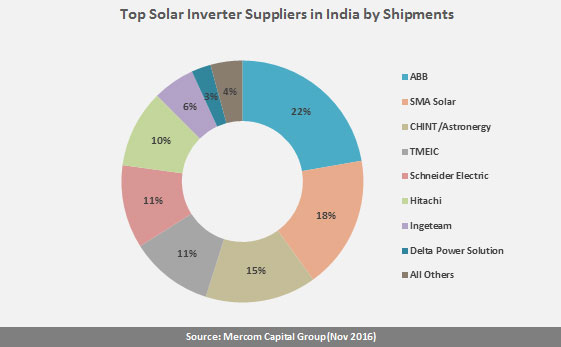 Solar inverter market in India is led by ABB with 22%, followed by SMA Solar with 18%.

According to Mercom Capital’s recent report, solar capacity addition in India will be over 9 GW during the current calendar year 2017. 2016 saw solar installations at about 4 GW as compared to 2.3 GW installed in 2015. India will be a top solar market for years to come and we expect competition to heat up and expect Chinese inverter manufacturers to start making inroads into the Indian market says the firm.

China vs US: The New Battle for Energy Supremacy