The Tokyo Olympic Games for 2020 will be powered 100 percent by renewable energy, as revealed by the Sustainability Pre-Games Report. 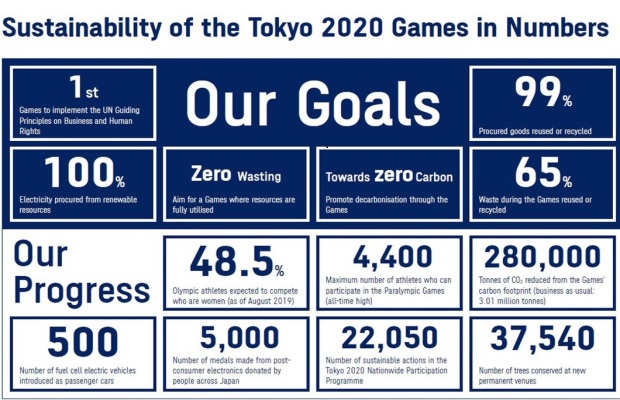 As per the report, the Tokyo Organising Committee of the Olympic and Paralympic Games (Tokyo 2020) is planning to deliver sustainable Tokyo 2020 games including the promotion of the use of 100 percent renewable energy at Olympic Venues, with hydrogen for electric vehicle fleet and the Olympic and Paralympic cauldrons; reducing CO2 emissions; and promoting the 3Rs concept to “Reduce, Reuse, Recycle” at Tokyo 2020 venues.

Key activities and achievements covered in the report include:

Tokyo 2020 is the second version of its Sustainability plan published in June 2018, focusing on the various initiatives undertaken in alignment with the UN’s Sustainable Development Goals.