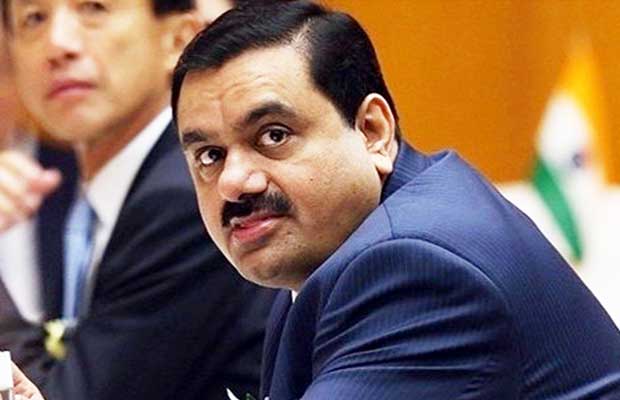 TNERC has directed Adani Green Energy to resubmit the petition as a ‘Dispute Resolution Petition’ (DRP) rather than under the ‘Miscellaneous’ category.

The latest award of the Tamil Nadu Electricity Regulatory Commission (TNERC) is a setback for Adani Green Energy in its running battle with Tamil Nadu’s distribution and transmission companies over the problem of ‘backdowns’, or arbitrary unplugging of its transmission lines from the grid.

In response to a petition filed by the company last December, complaining against backdowns and the pointing to the monetary losses these have led to, the TNERC on June 30 ruled that the matter amounted to a “dispute” between Adani and the state’s distribution and transmission companies, rather than a complaint against the latter. It has directed Adani Green Energy to resubmit the petition as a ‘Dispute Resolution Petition’ (DRP) rather than under the ‘Miscellaneous’ category.

The technicality is all important because a DRP could take years to resolve. “There is a Supreme Court directive to the TNERC to dispose off another unrelated matter first before taking up any other dispute resolution case,” said a source close to the development. “If Adani uses the DRP route, it will be in queue and the matter may remain in cold storage for years.”

The company had already once approached the Appellate Tribunal for Electricity (APTEL) with this petition but had been directed to go to TNERC. It now plans to appeal to APTEL again rather than follow the TNERC order immediately.

The petition, filed against the Tamil Nadu Generation and Distribution Co (TANGEDCO), the Tamil Nadu State Load Dispatch Centre (TNSLDC) and the Tamil Nadu Transmission Corporation (TANTRANSCO) maintains that backdowns have been occurring on almost a daily basis ever since the company commissioned its 216 MW solar plant at Sengapadai in Ramanathapuram district in March 2016.

“The petitioner is continuously facing a huge loss due to backing down instructions due to forceful disconnection or curtailment of supply from his power plants by TANTRANSCO,” the petition says. “Moreover, these instructions are received telephonically without any written confirmation prior to or after backing down… Backing down such power directly impacts the revenue of the petitioner.” The backdown duration is substantial. “The TNSLDC has been issuing orders asking solar plants to cease generation for as much as seven to 10 hours a day,” it adds. (In any case, solar power is only supplied in daytime for about 12 hours a day.)

The petition claims that between April 1 and August 31 last year alone, the company incurred losses of Rs 36.38 crore due to such backing down. It points out that in earlier orders both the TNERC itself and the Central Electricity Regulatory Commission had said that renewable energy should have “must run” status. It records a series of letters the company wrote to TANGEDCO, TNSLDC and TANTRANSCO pointing out the problem, but never once received a reply.

The main contention of the TNERC order directing Adani Green Power to take the DRP route is purely technical. “The issue of “must run” status requires formal adjudication and not exercise of regulatory jurisdiction,” it says. “Therefore, the argument of the petitioner that the entire matter falls within the regulatory jurisdiction of the Commission cannot be countenanced and is hence rejected.”

Another consideration of TNERC seems to have been the financial gain of the state. While a complaint in the ‘Miscellaneous’ category requires the petitioner to pay just Rs 10,000, under the DRP, 1% of the amount under dispute has to be first deposited with the TNERC. “Shelling out a few crores is not a problem for Adani, but the fact that the matter will be buried in this manner,” said the source.

The Sengapadai plant has since been expanded to 648 MW, making it one of the largest solar plants in the world, and thus lending further urgency to Adani’s need to resolve the matter.

One source of hope for Adani is that a separate petition, making near-identical charges against TANGEDCO, TNSLDC and TANTRANSCO has also been filed with the TNERC by the National Solar Energy Federation of India on behalf of all solar developers in the state. That petition still remains in the ‘Miscellaneous’ category and hearings on it too are being held.