SNEC Shanghai 2019. India is falling ‘Behind’

At the SNEC Shanghai Show, held in shanghai from June 4-6, and among the largest expos for the solar industry in the world, after three days of meetings with visitors and exhibitors from China and other countries, for their view of the Indian market, we saw an almost uniform perspective on the Indian market this time. The slowdown seen in 2018 has hurt, and for players who invested in the hope of an ever growing market, hurt big time.

Cutting across product categories, from modules to cells to inverters and even trackers, awareness of India’s massive strides and potential was high. For the players already active in India, the perspective on India was bittersweet. While every player appreciates the size of the Indian market and their need to be present in this key market, for many, the experience has left a lot to be desired. 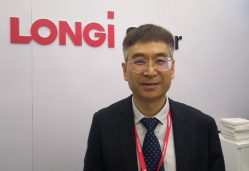 Take Longi Solar Technology Co, Limited,  the global leader in mono cells and modules. The firm has been sitting on land it bought in Andhra Pradesh for a manufacturing facility, but remains stuck due to issues it cites with infrastructure, policy and other component supplies locally. In an interaction with journalists from India, the firms’s president, It’s President, Li Wenxue pointed out that with the massive expansion in the firm’s module and cell capacities, India will remain a key market for Longi as it seeks to maintain its global market share, but wished for a longer term view from market players, as large players like Longi Solar take a credit risk on the major developers themselves when supplying for large orders. He also cited their R&D investments in efficiency and better quality, that justify a small premium, rather than the one size fits all approach some developers are forced to follow.

India’s relentless efforts to drive down prices might have won it the tag of a low cost solar energy producer, but it has hardly endeared it to manufacturers or large developers. Some of the major cell manufacturers cited the dominance of poly crystalline cells, widely considered inferior to mono cells now, besides other issues around quality with the solar infrastructure being scaled up in the country.  With large projects requiring a deep financial risk for the manufacturer too, the razor thin margins due to the lower prices have also made many suppliers and manufacturers worried over Indian orders now. Driven mostly by poor experiences in the past two years in terms of payment delays. 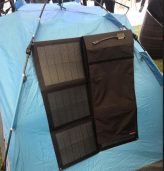 No Market In India

For many firms working at the high technology edge of solar power and seeking a premium price for their products, India is gradually falling off the map, especially if they do not have the pressure of high installed capacities. For these firms, the US, and European markets offer a far more attractive proposition today. Thus, it was a little odd to see firms not even consider India in their plans when it came to Bifacial modules, solar roof tiles or other new applications. Because the message that has gone out from India seemingly is-enter only if you can fight on price and performance, and nothing else.

One manufacturer spoke about how , for every MW of panels they sold in India, they almost had to sell another MW elsewhere at a good margin to compensate for the low to non-existent margins in India.  Indian employees of global firms rued the lack of inclination to travel to the country by their bosses in recent months, mainly due to the lack of attraction for the market. Manufacturing plans remain stuck in most cases,  blamed on factors as varied as costs, supplier ecosystem and logistics.

Even floating solar and Hybrid power models, now spreading fast everywhere else, have few enthusiastic takers yet, though one got the feeling that the situation in floating solar could change quickly with a few projects moving ahead beyond the planning stage.  What came out very clearly was that the time from tender to commissioning has still got a lot of scope for being shortened, when compared with comparative projects in China and South East Asia. Land allotments and acquisition remains a major issue, where players are uncomfortable about using local agents for the process beyond a point.

One bright spot was the hope for the rooftop segment to move ahead now, with firms like Amplus Energy drawing global attention after their acquisition by Malaysia’s Petronas. With the premium on space and productivity, key players hoped that some projects here would serve as effective demonstrators of the progress solar efficiency has made in recent years.

The question is, can the new government , and the same old team ensure the course corrections that are so badly needed? For most global firms, this is a question that needs to be answered decisively, the sooner the better.