Tesla just struck a deal to build one of the largest battery storage facilities in the world.

It will provide a 20 MW Powerpack system at a substation in Mira Loma, California. The lithium-ion battery system will store 80 MW hours of energy, enough to power more than 2500 households for a day, according to a Tesla blog post. Tesla expects the grid to be completed by 2016. Southern California Edison owns the substation. 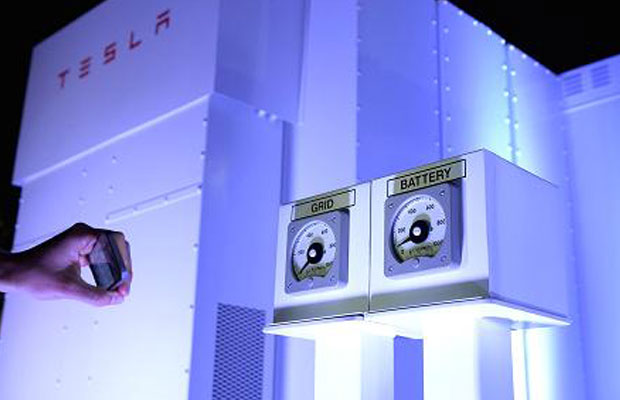 The contract is part of a state-mandated plan to improve grid reliability. It was originally ordered in 2013 and got expedited after a massive leak at a natural gas well in Aliso Canyon threatened power supplies.

As reported on CNBC, Southern California Edison spokesman Paul Griffo said that the Powerpack will charge whenever excess energy is on the grid (often during off-peak hours) and then deliver it later when it’s needed.

The California Public Utilities Commission in 2013 ordered three utilities —Southern California Edison, Pacific Gas and Electric Company and San Diego Gas & Electric — to install 1325 gigawatts of storage capacity by 2024. One GW is 1000 MW. After the leak, the government sped up the plan to procure the necessary storage.

These three other companies were awarded contracts to provide another 27 megawatts of battery storage services to Southern California Edison, but the Tesla system will be the only one the utility actually owns, Griffo mentioned.