Tesla has received the approval from the local authorities to build its massive 1.1 GWh Megapack battery energy storage system facility in California. 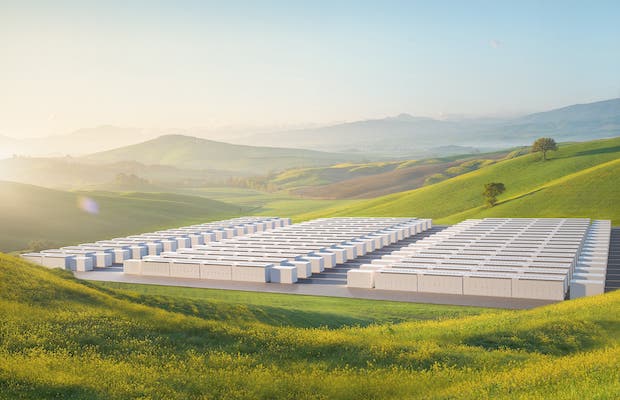 Electric Vehicle major Tesla has received approval from the local authorities to build its massive 1.1 GWh Megapack battery energy storage system facility, which is backed by PG&E, in California.

Earlier this week the Monterey County Planning Commission unanimously approved the Pacific Gas and Electric-backed project, which will be known as the Elkhorn Battery Storage Facility and will involve both solar and wind energy. The project’s unanimous approval will allow Tesla and PG&E to work together to build a system capable of storing wind and solar power that will, in turn, be used during periods of high-energy usage.

“It’s huge for the area and as you know the power plant has been gradually shutting down and they producing about one-tenth of the power they used to produce in the past and that hurts us from a tax standpoint,” Monterey County Supervisor John Phillips commented.

As per the details provided to the county planning commission, the storage facility will consist of approximately 270 manufactured battery storage units with a capacity of up to 730-megawatt hours (MWh) and associated improvements for connection to existing power transmission facilities on 4.5 acres of land at the PG&E substation in Moss Landing.

The project also has the potential to become one of the largest battery storage facilities in the world as it can give 730-megawatt hours (MWh) of renewable energy during off-peak hours. Tesla’s contract with PG&E states that this could be bumped up to 1.095 GWh of energy storage in the future, reported KSBW.

The addition of the new energy storage facility will become the second element of the Moss Landing power plant’s transition to sustainable energy. The first portion of the project was won by Texas-based company Vistra Energy in May 2019, which is building a 1,200 MWh facility on the nearby Dynegy power plant grounds.