TERI has developed a prototype platform to facilitate peer-to-peer trading of solar energy among consumers in the same neighbourhood. 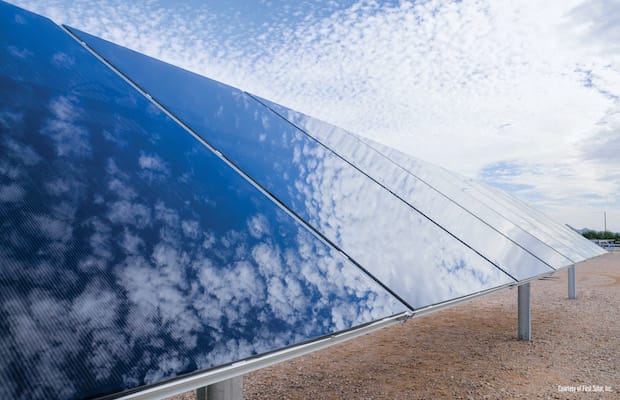 The Energy and Resources Institute (TERI) has announced that it has developed a platform to facilitate peer-to-peer transactions of solar energy among consumers in the same neighbourhood. The prototype which utilises blockchain for the execution of the trading can be used to sell the surplus power generated by an individual’s rooftop solar power plant to their neighbours directly from the smartphone and at a rate more than what they are currently compensated for. Not only this, but it also provides an option to sell it back to your power distribution company.

The platform has been developed as a prototype for enabling a peer-to-peer transactional control in which electricity consumers such as residential premises, malls, schools, or even small and medium enterprises can trade local power generation from rooftop solar plants among themselves.

The prototype is empowered by blockchain technology that ensures security, transparency and efficiency in the transactions that will take place among consumers. TERI has developed this prototype in partnership with Sofocle Technologies Limited, a blockchain and IoT start-up in Noida. The objective of this prototype is to demonstrate the concept of energy trading among rooftop solar plant owners so as to facilitate the development of local electricity markets. This, in turn, will promote the adoption of rooftop solar PV systems, particularly in the residential consumer segment, as it will incentivise consumers by providing additional incentives of trading among themselves, in addition to selling to the distribution utility.

India aims to install 40,000 MW of electricity capacity from rooftop based solar plants by 2022. The growth among residential consumers has been slow in comparison to the commercial and industrial segments.

“The successful deployment of this prototype would help in scaling up the adoption of rooftop solar in the domestic consumer category” according to Alekhya Datta, Fellow & Area Convenor, TERI, who conceptualised and led the development of this prototype after TERI’s pitch for the same won accolades at the Global Blockchain Congress at Kolkata in December 2018.

In this prototype, electricity subscribers can securely sign in to their accounts and set bids and quote their own price for locally generated energy. A separate portal for Discoms is also available for user and meter identity management. The platform also generates reports displaying total settlements, total units produced and consumed via tokens.

“Subscribers to such local energy markets-based services can trade clean solar energy in the form of energy tokens, just like cryptocurrency,” according to Sweta Malik and Nilesh Hadiya, who are part of the TERI team that worked on the prototype development.

The prototype developed by TERI will showcase the potential of local energy trading to various state regulators and hence influence policy discussions. The prototype is now planned to be scaled up to a field pilot with possible implementation on an actual network of a distribution utility or on an institutional campus using smart meters. The real-time demand and excess electricity generation available from rooftop installed solar plants will be monitored and prospective buyers and sellers will have their bids cleared through a market-based process. This would result in a comprehensive mechanism that will try to provide the true value of solar power and foster community trading, thus leading to scale up the adoption of rooftop solar power.