SECI has tendered for the selection of wind power developers for setting up of 2000 MW of ISTS-connected wind power projects in India under Tranche-IX. 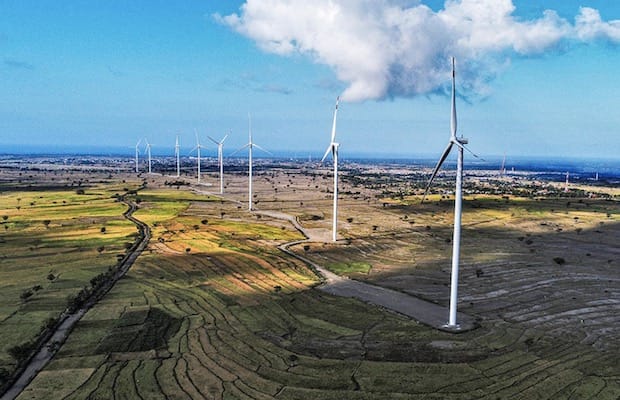 The Solar Energy Corporation of India (SECI) has issued a tender for the selection of wind power developers for setting up of 2000 MW of ISTS-connected wind power projects in India under Tranche-IX.

The nodal agency has stated that its new RfS document, along with standard PPA and PSA documents will replace the RfS, PPA and PSA documents issued in September last year under Tranche-IX for setting up of 1200 MW wind power projects including their subsequent amendments and clarifications.

SECI has invited proposals for setting up of ISTS-connected wind power projects in India, on “Build Own Operate” basis for an aggregate capacity of 2000 MW. The nodal agency has been designated as a trader for the purchase and sale of wind power from such projects. It shall enter the Power Purchase Agreement (PPA) with the successful bidders selected based on this RfS and Power Sale Agreement with the interested Buying Entities.

Buying Entities that require wind power to fulfill their non-solar RPO under respective RPO regulations will be eligible to buy wind power under this scheme. SECI shall sign PPAs with the WPDs at the respective tariffs discovered after e-reverse auction and back-to-back Power Sale Agreements (PSAs) with the Buying Entities at a pooled price of the total capacity allotted (rounded off to two decimal places). The duration of the PPAs and PSAs shall be 25 years from the Scheduled Commissioning Date or from the date of full commissioning of the Projects, whichever is earlier.

No separate Central Financial assistance is envisaged for the implementation of the projects selected under this RfS.

To be eligible for participating in the bidding process, the net worth of the bidder should be equal to or greater than Rs 1.20 crore per MW of the quoted capacity, as on the last date of previous Financial Year (FY) 2018- 19, or as on the date at least 7 days prior to the due date of bid submission. And should also have a minimum annual turnover of Rs. 57 lakhs/MW of the quoted capacity during the same period.

Like with its recent solar tender for 2000 MW projects, SECI has also detailed CUF parameters for this tender. As per the RfS, The Bidders will declare the annual CUF of their Projects at the time of submission of the response to RfS and the WPDs will be allowed to revise the same once within the first three years after COD. Thereafter, the CUF for the Project shall remain unchanged for the entire term of the PPA. The declared annual CUF shall in no case be less than 22 percent. Calculation of CUF will be on a yearly basis from 1st April of the year to March 31 of next year. WPD shall maintain energy supply so as to achieve annual CUF not less than 80 percent of the declared value and not more than 120 percent of the declared CUF value, during the PPA duration of 25 years.

The lower limit will, however, be relaxable by SECI to the extent of non-availability of the grid for evacuation which is beyond the control of the WPD. For the first year of operation of the project, the annual CUF shall be calculated based on the first year after COD of the Project. Subsequently, the annual CUF will be calculated every year from 1st April of the year to March 31 next year.

The last date for bid submission is May 6, 2020, and the pre-bid meeting has been scheduled for April 8, 2020 (for now) to address the concerns raised by the prospective bidders.