Telangana has so far commissioned 3800 MW of solar power and 100 MW of wind power.

“The State has so far commissioned 3,800 MW of solar power. The solar policy of the state has been widely received and there was tremendous response to the tenders floated for 2500 MW solar power. 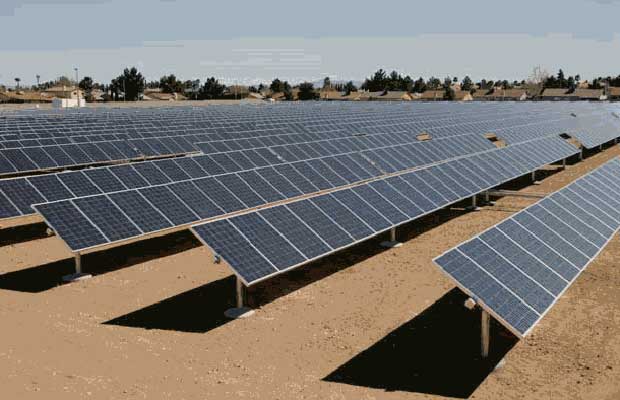 “So far, 100 MW wind power has been commissioned and nine more locations have been identified to take up wind power projects,” Arvind Kumar, Principal Secretary (Industries, Commerce and Energy), of Telangana said in an interaction with NITI Ayog Advisor Anil Jain.

The NITI Ayog official met Kumar to discuss the integration of renewable energy into electricity grid by promoting coordination between the Centre and states. They also discussed interventions required to promote India as a renewable energy investment destination for achieving national renewable energy targets, as mentioned in a state government release.

NITI Aayog has been assigned the task of promoting India as a renewable energy investment destination so that its target of achieving 175 GW can be met by 2022, it said.

Kumar said the State Government is planning to actively encourage renewable energy and go for Hybrid (wind and solar) generation in the Hyderabad Pharma City and NIMZ.

Kumar asked the NITI Aayog to look into infrastructure constraints and suggest models which would encourage renewable energy and serve as a sustainable model for discoms (distribution companies).

Jain said the NITI Aayog would assist the States in achieving their renewable energy targets, the release added.