Utility giant Tata Power on Wednesday reported a 7 percent surge in its renewable energy portfolio, which includes clean and green energy projects, and stood at 3,883 MW from the corresponding quarter in FY19.

The country’s one of the largest integrated power company said that it’s renewable energy business capacity crossed 2,637 MW including 932 MW of wind energy capacity and 1,705 MW of solar energy capacity. 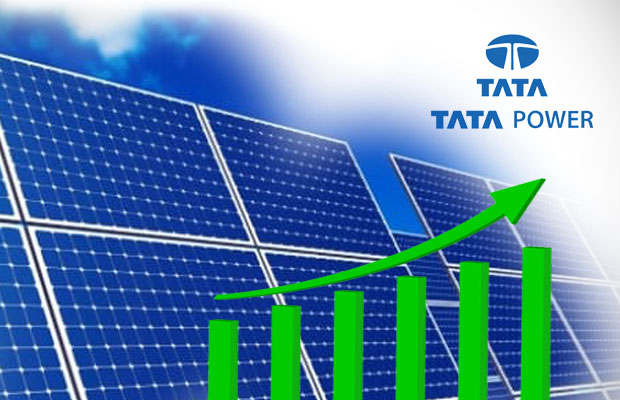 However, last year Tata Power witnessed an increase of 34 percent with higher operational revenues and EPC volume. With this, the operating renewable portfolio of the company has grown to 2,197 MW, comprising 551 MW of wind energy and 1,646 MW of solar energy capacities respectively this year.

Commenting on the development, Praveer Sinha, managing director and CEO of Tata Power, said that “we, at Tata Power, have constantly strived to proliferate the company’s renewable energy portfolio with each passing year. We successfully added capacity of 312 MW to our TPREL portfolio last year and are in the process of adding another 700 MW. We aim to add a large amount of renewable energy capacity through the wind, rooftop solar, solar panels and microgrids to our portfolio every year and scale up our existing portfolio in the next five years,”

Currently, the company is contributing about 36 percent of its capacity, in MW terms, through clean and green energy generation source, which is about 1 percent of the country’s total installed capacity of 372 GW.

“As the nation is gripped by the ongoing COVID-19 pandemic, we have continued to operate nearly 71 of our renewable project sites at optimum capacity owing to the rising power demands of the states. The announcement by the Government of India that must-run status of renewable energy projects and payments to renewable energy generators to be made on regular basis by the Discoms is indeed a welcome move amid this crisis,” commented Ashish Khanna, President – Renewables, Tata Power.

Moreover, the company is also planning to significantly transform its existing model of supply and usage of power with the advent of new technologies and climate change challenges.

In FY20, the company’s solar arm, Tata Power Solar, had won a 250 MW solar project from NTPC under the central public sector undertakings (CPSU) scheme and received a Letter of Award (LoA) for the same. This scheme aimed to set up 12 GW of solar capacity by government companies by FY 2022-23.

Meanwhile, the company’s renewable arm, Tata Power Renewable Energy Ltd (TPREL), also commissioned 150 MW of solar project in Rajasthan’s Chayan village. The company has also initiated the development of 500 MW of renewable capacity across the country including 100 MW under PPA signed with UPPCL and NPCL in the state of Uttar Pradesh, 100 MW under a PPA signed with GUVNL at Raghanesda solar park and  250 MW at Dholera solar park.