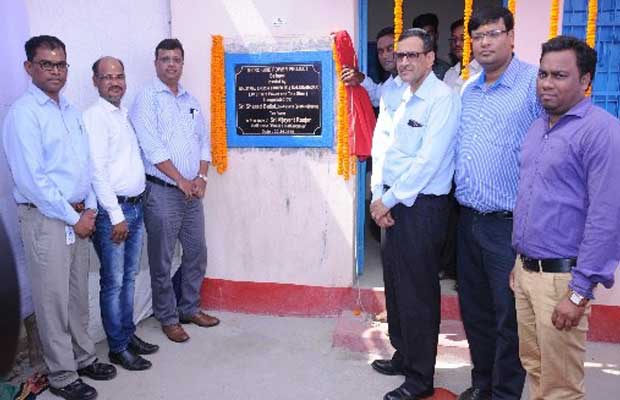 Tata Power, India’s largest integrated power company has continuously strived to uplift the lives of its communities living around its plant and project locations. In line with this philosophy, Industrial Energy (IEL), a joint venture of Tata Power and Tata Steel, inaugurated solar micro grid project in Baliapal village, Kalinganagar. The project will benefit 255 persons in Baliapal village with uninterrupted power.

The village was facing frequent power cuts that hampered studies of students. It also affected ladies who were unable to do day-to-day house work due to power cuts mainly in evening hours. A micro grid is particularly a portion of the power distribution system that comprises of distributed generation, energy storage and loads. Micro grids are robust in controlling the local voltage and frequency, and protecting the network and equipment connected to the micro grid. This is first of its kind project in Odisha where the community has contributed 10 percent of the total project cost and balance 90 percent is given by IEL.

Commenting on the initiative, Vijayant Ranjan, CEO, IEL and chief, Kalinganagar station, said, “A major part of rural India are still deprived of electricity, which is crucial for meeting socio-economic goals and overall human development. This micro grid project undertaken by Tata Power will ensure reliable power for the villagers and contribute towards the government’s objective of rural electrification. Renewable energy sources and technologies have the potential to provide solutions to longstanding energy problems being faced by villages in India. We would like to thank the villagers from Baliapal for extending and support and making this project a success”.

The project will be managed by the village development committee (VDC), consisting of 20 persons, including women representatives. The process of setting up rural micro grid project consist of various stages which includes identification of village, consent from villagers for 10 percent contribution, VDC formation and lastly installing the project.