“We are happy to receive this award for establishing and early commissioning of our 100 MW solar power plant in Karnataka.” 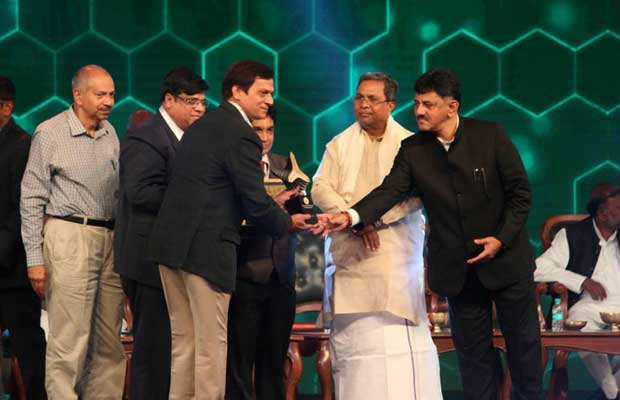 The award ceremony along with the Karnataka Chief Minister was hosted by the Karnataka Energy minister D.K Shiva Kumar. All the top officials of the State Energy departments and utilities like KPTCL, BESCOM, MESCOM, etc. and leaders from the renewable energy sector also attended the event.

“We are happy to receive this award for establishing and early commissioning of our 100 MW solar power plant in Karnataka. This award is a testament to our superior engineering capabilities and in-depth technological know-how. We would like to thank the Honourable Chief Minister of Karnataka as well as the Energy Minister for recognizing our efforts towards ensuring reliable power for all.” Ashok Sethi, Executive Director and COO, Tata Power said while receiving the award.

Walwhan Renewable Energy Limited (formerly known as Welspun Renewables Energy limited) owns 995MW out of the total 1141 MW of renewable energy assets the company holds across the country.  The company has a total installed capacity of 117 MW of solar power plants comprising of 50 MW at Talak, 34 MW at Kodihali, 17 MW at Nagsamudra and 16 MW at Rajapura of Karnataka State.

“It is a proud day for us at Walwhan Renewable Energy Limited. We have always been challenging ourselves by reengineering each practice to come up with the most effective way of setting up solar power projects. Due to the innovations made, the project erection time gets reduced drastically with lower cost implications.” Mahesh Paranjpe, CEO and ED, WREL said while speaking at the event.