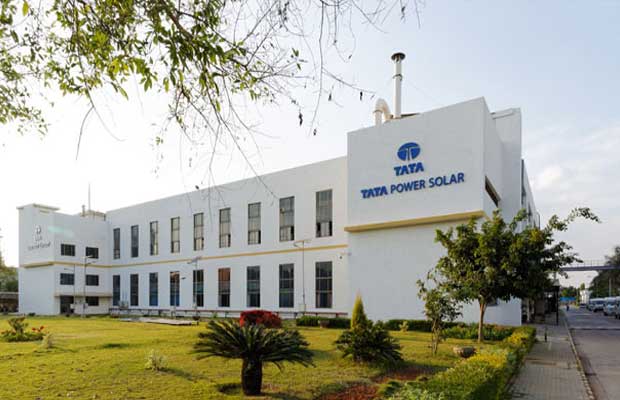 The expansion and modernization of its manufacturing facility will increase solar module capacity by 100% and cell capacity by 65% to cater to increasing demand for high quality solar panels.

Keeping up with Government of India’s progressive ‘Make in India’ plan of domestic production with enhanced efficiency of a solar cells and solar modules, Tata Power Solar, India’s largest integrated solar company, announced a significant expansion and modernization of its cell and solar module manufacturing facility in Bengaluru. The two-stage expansion doubled the company’s module capacity to 400 from 200 MW, and increased its cell manufacturing capacity by 65 per cent from 180 to 300 MW.

Tata Power Solar, as part of this process, modernized and fully automated its entire manufacturing facility. The company was also able to ramp-up to full capacity in record time, significantly better than global benchmarks, owing to its highly skilled and trained team and also improve efficiency of its modules.

Talking about the expansion, Anil Sardana, Chairman, Tata Power Solar, said, “We are happy to see our team responding to Government of India’s call of ‘Make in India’. A robust domestic, qualitative manufacturing base is the backbone of any nation and is a strong foundation for long-term viability of sector. The gradual turnaround of the company and its expansion in capacity has been a hall mark achievement of Team Tata Power, when other sector players are still facing challenges of sustained economics.”

This expansion, the second in less than three years, is a testimony to Tata Power Solar’s commitment to manufacturing, in line with India’s ‘Make in India’ campaign. The company, which is a pioneer in the Indian solar module manufacturing space, has been known for its quality modules for 27 years and has one of the lowest warranty returns in the industry.

Ashish Khanna, Executive Director & CEO, Tata Power Solar, said, “This expansion and modernization has come on the backdrop of our landmark achievement on being the 1st Indian company to have shipped 1 GW modules worldwide. We have again demonstrated our long-term commitment to manufacturing the best quality panels for our international as well as Indian clients. This also validates our capability to manufacture solar module and cells, comparable to the best in the world, and confidence of guaranteeing these products for 25 years of high quality performance. Our pragmatic approach of continuous investment in technology has helped us stay relevant and sustain our leadership position in India for over 27 years.”

Tata Power Solar is rated tier-1 solar module manufacturer by BNEF (Bloomberg New Energy Fund). The company has shipped 1 GW solar modules to over 30 countries, of which more than 60% was shipped in the last five years. The Government’s renewable energy mission of 100 GW by 2022 has given significant impetus to the industry. There is a strong intent from the Government to promote domestic solar module manufacturing and facilitate the sector’s growth through ‘Make in India’ cells and modules.