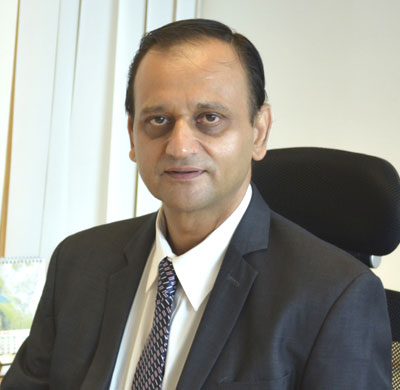 The awards presented by Dun & Bradstreet (DnB), into its 6th edition, felicitated 22 of India’s leading infrastructure companies and projects.

The 12 MW project is the largest solar rooftop plant in the world, set up in a single phase at a single premise. Set up under the Punjab Government’s grid connected rooftop solar projects scheme, the plant produces more than 150 lakh units of power annually.

Speaking about the award, Mr. Ashish Khanna, ED and CEO of Tata Power Solar says, “We are delighted to receive this award, which underlines our excellence and leadership in the solar rooftop space. Our win validates the tremendous efforts we put in commissioning this complex engineering project. The 12 MW project meets the highest quality standards by systematic and planned engineering and was executed in a safe manner with zero-incidents.”

The award was presented at an event supported by the Ministry of Road Transport and Highways and given by Shri Mansukh L. Mandaviya, Honourable Minister of State for Road Transport & Highways, Shipping and Chemicals & Fertilizers, Government of India. The Infra Awards serve as a platform to honour leading infrastructure projects, which are judged by an independent jury on an array of pre-defined project execution criteria.

Tata Power Solar has been a consistent leader in the solar rooftop space with a cumulative rooftop installation upwards of 117 MW. It was recently ranked the #1 solar EPC rooftop player, for consecutive year, for installations done in the commercial, industrial and residential sector. Apart from the RSSB-EES project, the company has installed several rooftop projects over the last year, especially in the space of education and religious institutions.