Tata Power announced its Q1 results on Friday. Consolidated net profit jumped nearly 74 per cent to ₹ 465.69 crore in the June 2021 quarter, as compared to ₹ 268.10 crore in the corresponding quarter of the last financial year. Total income during April-June 2021 increased to ₹10,145.89 crore, compared with ₹ 6,540.42 crore in the year-ago period.

Q1 FY22 Consolidated EBITDA stood at ₹ 2,365 crore, up 16% from ₹2,037 crore in Q1FY21 including Renewable EBITDA of ₹ 643 crore up 9% as compared to ₹ 588 crore in Q1FY21 mainly due to higher wind & solar power generation , all round better performances in Solar EPC, rooftop, solar pumps business and favorable tariff order for CGPL

– Tata Power’s consolidated Q1 FY22 Revenue stood at ₹ 9,831 crore up 47% as compared to ₹ 6,671 crore in Q1 FY21 mainly due to acquisition of Odisha Discoms and higher sales/execution in its solar EPC businesses 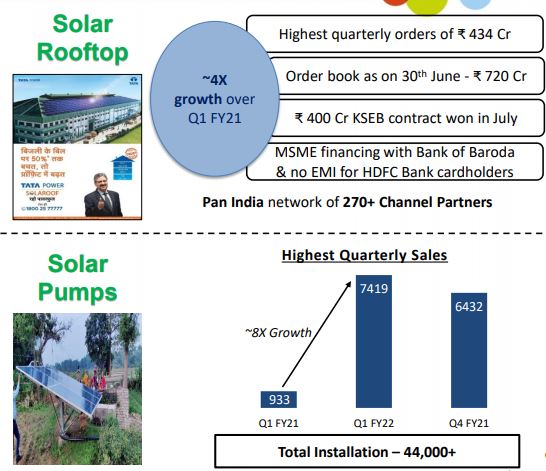 Commenting on the Company’s performance, Dr. Praveer Sinha, CEO & Managing Director, Tata Power said, “All our existing generation, distribution and transmission business units have reported a robust performance despite the challenges presented by the ongoing pandemic. This can be attributed to the excellent performance of all our businesses and capacity additions.

We aim to scale up our renewable portfolio from the current 4GW to 15GW by 2025 and to 25GW by 2030 thereby achieving 80% clean generation capacity, up from the current 31%.We will continue to expand and promote the mass adoption of rooftop solar & solar pumps, microgrids, home automation and focus on developing the EV charging infrastructure in the country.

We are happy to announce our re-entry into the development of greenfield Transmission Projects. Our partnership with the country’s leading T&D EPC player “Tata Projects” will make us a force to reckon with. This would further accelerate the momentum of “Power for All” initiative of the Government of India.” 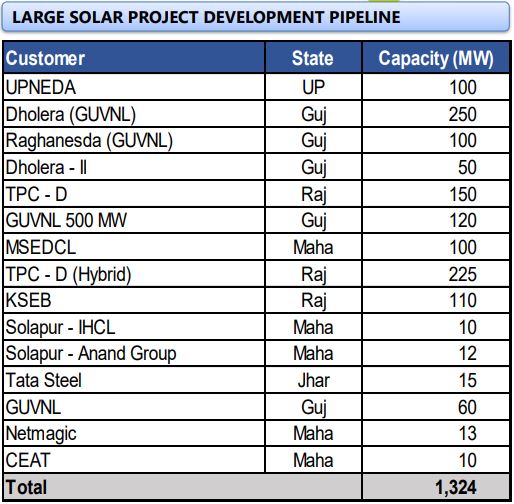