In a significant executive reshuffle in Tata Power, Ganesh Srinivasan, who was heading the transmission & distribution (T&D) business, has been appointed as the new Chief Executive Officer (CEO) of Tata Power Delhi Distribution Ltd (Tata Power-DDL). 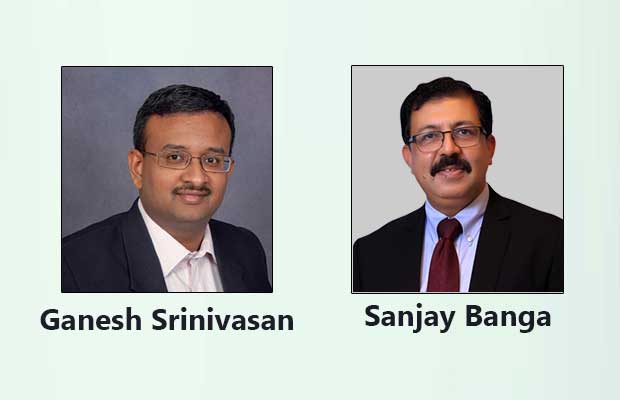 He will take charge, with effective from December 2, 2019, from Sanjay Banga, who has been now elevated to the position of President – Transmission & Distribution (T&D) of Tata Power, Mumbai.

Banga, in his new role, will take care of all India operations of Tata Power related to the T&D sector.

Speaking on the appointments, Praveer Sinha, CEO & MD of Tata Power and Chairman of Tata Power-DDL, said “Ganesh has a proven track record and he is a passionate leader. His ability to drive performance and work seamlessly with stakeholders will be valuable for Tata Power-DDL. I am sure that the company will scale new heights under his leadership.”

On Banga’s appointment, Sinha added “we are also delighted to have Sanjay joining as the President (T&D), Tata Power. He is a seasoned power sector professional and brings a unique combination of technology prowess and business acumen. He is the right person to contribute at this transformative time in the power industry and will bring greater value to all our stakeholders.”

Srinivasan has been working with Tata Power since September 2012. He also headed the strategy & corporate planning division of the company.

He is having an experience of two decades in areas like power utility, infrastructure (cement, steel), product development & manufacturing and automotive sector.

Srinivasan has also spearheaded strategy, operations transformation and organisational development. He had started his career with Cummins India Ltd and has also worked with McKinsey & Company.

On the educational front, he is having a B.Tech. degree from IIT Madras, an MBA from The Indian School of Business and has also pursued Masters in Industrial Engineering from Purdue University, USA.

Commenting on Srinivasan’s appointment, Banga said “I congratulate Ganesh on his appointment as the CEO of Tata Power-DDL. Ganesh possesses valuable experience and expertise. His illustrious track record and value system make him an ideal choice to lead the company.”

Speaking about his new role, Srinivasan commented “I am honoured to lead Tata Power-DDL, a trendsetter in the power distribution sector, built and nurtured by pioneering leaders of the power industry. It is one of the most successful cases of public private partnerships which could be replicated across the country. I look forward to working with all our stakeholders and employees to take the company further ahead.”