India’s prominent automobile company, Tata Motors has delivered its Tigor EVs to the Department of New & Renewable Energy (DNRE) in Goa. This deployment is an integral part of its tender with EESL. 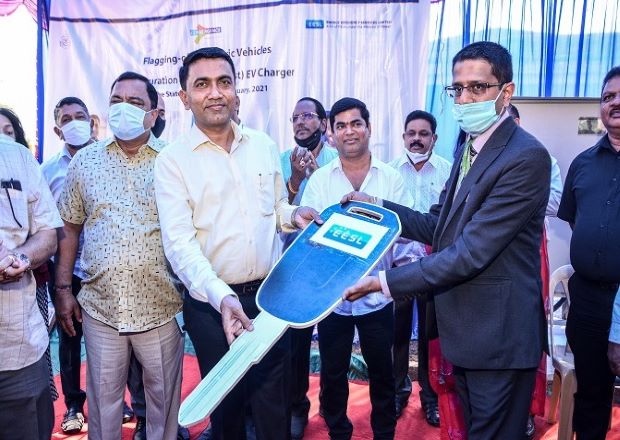 The delivery ceremony took place on 1st February in the presence of Hon’ble Chief Minister of Goa, Rajesh Tulshidas Patekar accompanied by Honourable Speaker of Goa Legislative Assembly, and the Chief Secretary of Goa with Pramod Pandurang Sawanand other senior officers of the Ministry.

Recently, Tata Motors has announced the first anniversary celebrations of its popular electric SUV, the Tata Nexon EV. It has consistently catered to the evolving needs of customers for electric cars with the introduction of best-selling products in both fleets (Tigor EV, with a range of 140 km & 213 km) and personal segment (Nexon EV, with a range of 312 km), thereby commanding a market share of 71% in EVs (YTD FY21).

Earlier this January, Tata Motors had announced that it has bagged the prestigious National Energy Conservation Award (NECA) 2020 for its energy conservation measures, instituted by the Bureau of Energy Efficiency (BEE). It got 3 awards at NECA 2020.

Tata Motors is India’s largest and OEM offering an extensive range of integrated, smart, and e-mobility solutions. It strives to bring new products that fire the imagination of GenNext customers, fueled by state of the art design and R&D centers located in India, UK, US, Italy, and South Korea.