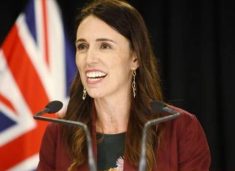 Prime Minister Jacinda Ardern’s ruling labour Party in New Zealand has become one of the earliest ‘significant’ economies to promise a transition to 100 percent renewable energy by 2030. The country was earlier committed to reaching the target by 2035.  Saying that New Zealand needs stable, sustainable and affordable energy to ensure its future energy needs, Ardern has stressed that emerging market changes and climate imperatives have made 2030 not only desirable, but possible.

The party manifesto calls the  the COVID-19 economic recovery “a once in a generation opportunity to reshape New Zealand’s energy system to be more renewable, affordable and secure, while creating new jobs and developing the high skill workforce our future economy needs to thrive.”

Interestingly, the country already sources 84 percent of its current electricity from renewable sources. It is on total energy use that it is at 40 percent currently. By electrifying ever larger parts of the industrial and transportation sector, the government and labour party hopes to create the space for more renewable energy and less emissions. It’s the same logic being used in other countries with a hgh current share of renewable energy in the grid, from Denmark, to Germany, to Portugal, Canada and Sweden.

Besides the drop in prices for solar power, where the government promises to remove regulatory or market barriers to investment in solar generation with a view to promoting solar micro-generation for residential and commercial buildings, it also hopes to ride the green Hydrogen technology wave to become a leading centre for producing  it and even exporting it if possible.

There is talk of banning new thermal baseload generation and other activities that increase emissions.

Incidentally, larger neighbour Australia has also shown the way with a massive push into solar, besides investments building up to make the country a possible hub for green hydrogen production. Green hydrogen, for readers who might have missed out, excites renewable energy experts as it creates massive demand for the ‘green’ power that will be needed to produce the hydrogen. Estimates ranging between 350-400 Gw are already being shared on the extra solar and wind capacity this could support till 2030.

The general elections in New Zealand are scheduled for October 2020.