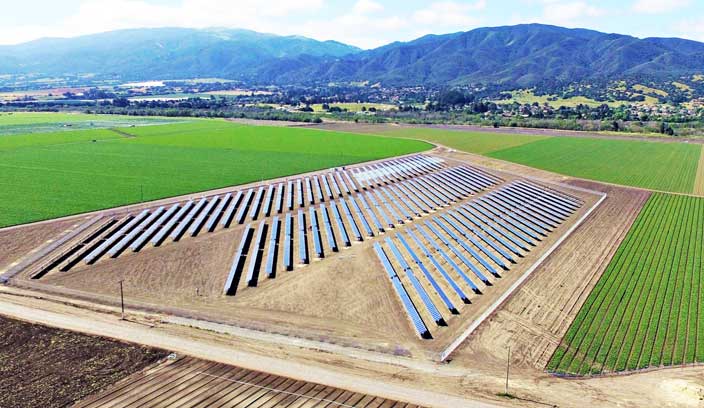 Chief minister of Tamil Nadu announced that the government will set up an Ultra Mega Solar Photovoltaic Power Park in Ramanathapuram district at an estimated cost of Rs 2350 crore.

The Tamil Nadu government today proposed a series of new initiatives in various sectors, including energy and power, running into many thousands of crores of rupees.

Among the announcements made in the energy sector, the chief minister said the government will set up an Ultra Mega Solar Photovoltaic Power Park in Ramanathapuram district at an estimated cost of Rs 2350 crore.

State-run TANGEDCO will establish the 500 MW power park on Engineering Procurement Construction (EPC) basis at Naripaiyur and adjoining villages in the district, he said.

Palaniswami also announced setting up of nearly 130 new sub-stations and related power infrastructure in different parts of the state, besides upgradation of existing ones.

He recalled that various steps in this sector had ensured the state had overcome the severe power crisis and it has now become power surplus.

In the Industries sector, the chief minister proposed a Multi-Modal Logistics Park in neighbouring Tiruvallur district.

A joint initiative to be taken up with the Centre, the park will come up on 360 acres at an estimated Rs 1295 crore, he said, adding, it will address issues including congestion and pollution.

As a first step, infrastructure such as inner roads, water supply, water drainage facilities, streetlights and other facilities will be developed at a cost of Rs 60 crore in the two years, Palaniswami said.

“This will pave the way for attracting Rs 500 crore of investment (at the new industrial site), besides direct job opportunities for 10,000 persons,” he said.

Another 20,000 persons will benefit from indirect job opportunities, he said.

The chief minister also announced that the government will establish three industrial estates– one each in Vellore, Tiruvannamalai and Tiruvallur districts, at an estimated cost of Rs 77 crore, in the current year.

He also announced setting up of many additional facilities in the existing industrial estates.

For differently abled persons, the government will provide rollator/walker to 1000 children at a cost of Rs 10 lakh.

Further, an audit committee will be formed to ensure implementation of various facilities for differently abled including lifts in all public buildings, ramps, toilet facilities and specific information signs for visually and hearing disabled, the chief minister said.