The city of Sydney has set an ambitious target of meeting 100 percent of its energy demands from renewable energy sources. 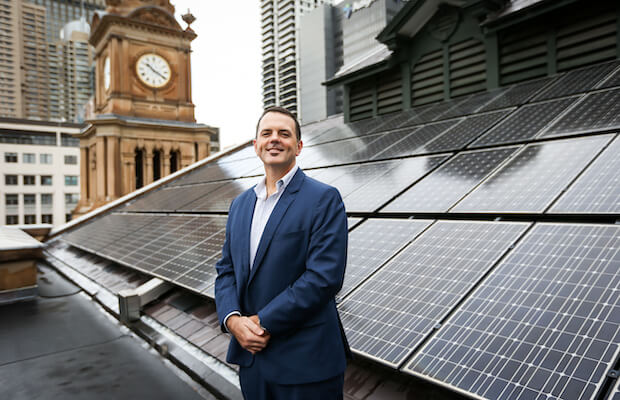 “With our energy supply contract set to expire at the end of this year, we’re diving head first into Sydney’s renewable future by increasing our renewable electricity target from 50% to 100%,” a statement read.

The capital of New South Wales and one of the largest cities in the country, it will look to source 100 percent renewable energy that is generated by wind or solar energy projects. The power sourced will be used to power larger city-owned sites like pools and libraries and offset the carbon emissions from its smaller sites.

“We’re increasing our renewable electricity target and achieving it earlier because our residents and businesses are demanding it, it reduces emissions and it will soon be cheaper than coal,” the City of Sydney’s sustainability director, Chris Derksema said.

“The shift to renewable electricity is happening much faster than anyone imagined. We’re leading by example, with the hope of inspiring local residents and businesses to take action themselves. Visitors to our swimming pools, libraries, childcare centers, and even Sydney Town Hall will know we’re playing our part,” he added.

The city council expects to negotiate the new 100% renewable electricity contract in the coming months, which it expects to come into effect in 2020.

“Acting on climate change is the city’s top priority. We were among the first to set science-based targets in 2008 and since then we’ve reduced our emissions by 20% on 2005 levels,” said Lord Mayor Clover Moore. “This decision by the council will allow us to achieve our commitment to reduce emissions by 70%, 10 years ahead of our own 2030 deadline, well on the way to net-zero by 2050.”

Since 2016, the city has reduced electricity usage by 26%, mainly by investing in energy-efficiency initiatives, such as installing rooftop solar and LED lights. This has resulted in significant savings for ratepayers.

One of the city’s most notable projects to date is the Alexandra Canal Depot, which is powered by 1,600 solar panels and features the state’s first grid-scale Tesla battery, which can store up to 500 kWh of electricity.

“The money we’ve saved by investing in energy efficiency will more than cover our commitment to 100% renewable electricity. And we’ll be supporting clean energy projects that create jobs and make a difference to regional communities,” Chris said.