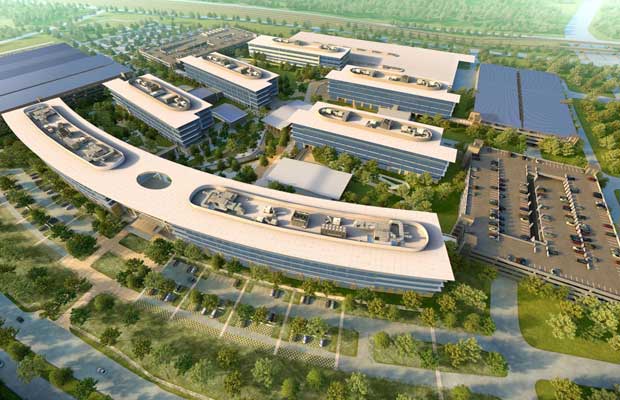 Toyota has announced that SunPower is designing and plans to construct a 7.75-megawatt solar power system at its North American headquarters in Plano, Texas

Two of the carports in the Toyota headquarter will have a 2.45-megawatt capacity, and will be operational mid-year 2017. The third, 2.83-megawatt solar carport is expected to be delivering power for the Toyota campus by end of next year.

SunPower in a statement said its solar panels will allow Toyota to maximize the clean, renewable solar power generated on site.

Toyota is integrating a range of energy efficient technologies and sustainable materials into the design of its state-of-the-art campus, with the intention of achieving USGBC Platinum LEED Certification for the facility. High efficiency, Cradle to Cradle Certified Silver SunPower solar panels may offer Toyota a significant advantage toward achieving that goal.

“We are dedicated to making sure our new headquarters campus supports – even redefines – Toyota’s commitment to the environment,” said Kevin Butt, regional director, North American Environmental Division, Toyota. “The Plano solar system will not only reduce our environmental footprint and educate team members about renewable energy, it moves us closer to Toyota’s 2050 global environmental challenge to eliminate carbon emissions in all operations.”

“Toyota products are valued for innovation and reliability, and the company clearly has a strong commitment to sustainability. These are features that also differentiate SunPower and our technology, resulting in a powerful synergy between our two organizations,” said Howard Wenger, SunPower president, business units. “SunPower is proud that our high-performance solar carport technology will be generating emission-free power at Toyota’s new headquarters, raising the bar for corporate solar leadership in Texas and beyond.”