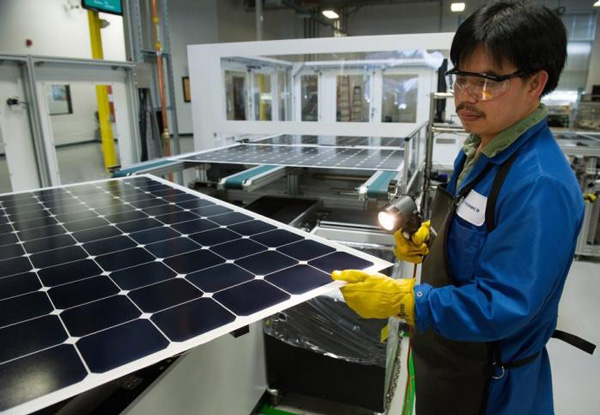 “With greater efficiency, we can fit more watts on the roof with the outstanding reliability of the SunPower X-Series solar panel,” said Peter Cousins, SunPower senior vice president, research, development and deployment. “SunPower’s world record efficiency panels offer customers the best value for energy and superior aesthetics due to our unique architecture.”

U.S. Department of Energy’s National Renewable Energy Laboratory (NREL) validated the efficiency achieved by SunPower solar panels. The company in a statement said that this module was made using laboratory solar cells of 25 percent mean efficiency and builds on the commercially available SunPower X-Series architecture.

“SunPower’s X-Series panel was tested by our lab under standard test or reporting conditions,” said NREL scientist Keith Emery, manager of the PV cell and module performance laboratory. “The module measured 11310.1 cm2 (aperture area) and had a power of 272.5 Watts. We recorded 24.1 percent efficiency, which is a new record for silicon module efficiency.”

Compared to conventional solar panels with efficiencies that range from 15 to 18 percent, a SunPower X-Series solar panel produces up to 70 percent more energy in the same space over the first 25 years.