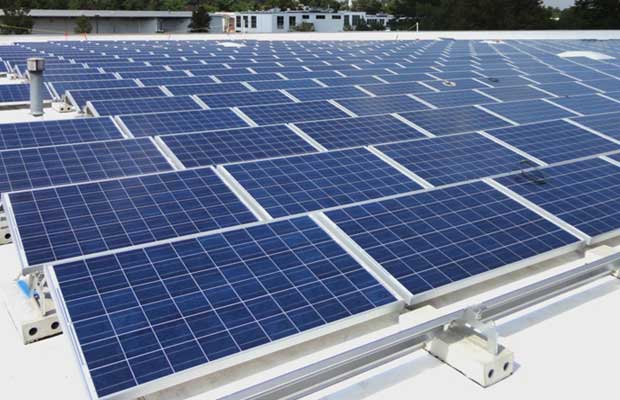 Ranked seventh among U.S. states for the most solar capacity, Massachusetts is adding 6.9 megawatts to its 1,487 megawatts of solar currently installed and operating. Solect Energy and Green Street – members of SunPower’s national dealer network – have developed two high-efficiency SunPower solar systems that will provide electricity to 10 Massachusetts schools.

In Easton and in partnership with SunPower, Solect Energy has constructed a 2.8-megawatt SunPower solar carport system at Stonehill College. The college will buy electricity generated by the system at a competitive rate under a power purchase agreement (PPA) arranged by SunPower which requires no upfront investment. As part of the RPS Solar Carve-Out II – a market-based incentive program designed to support solar growth across the Commonwealth – the system will help meet the state’s Department of Energy Resources’ goal of 1,600 megawatts of solar installed by 2020. The system is expected to meet about 20 percent of the college’s energy needs.

“We applaud Stonehill College for its proven commitment to sustainability,” said Scott Howe, partner and senior vice president of sales at Solect Energy. “With the addition of this SunPower solar canopy system, the College now has a grand total of six megawatts of solar installed on campus – and they are able to reinvest savings earned from the solar systems into areas of need such as student scholarships, maintenance, and campus upkeep.”

In Bridgewater, Green Street has developed a 4.1-megawatt SunPower Helix Roof system at Ajax United Drive, LLC. Green Street will own the offsite solar power system – as well as the associated renewable energy credits – while Attleboro Public Schools will buy the power produced through a PPA, saving an estimated $3 million over 20 years. Energy from the system is expected to meet about 75 percent of electricity needs for five elementary schools, three middle schools and one high school.

“With SunPower’s innovative solar solutions, we were able to transform an unused, offsite rooftop into a mini power plant that benefits a number of partners including the building owner and local school district,” said Scott Kerner, CEO of Green Street. “It’s incredibly rewarding to know that this SunPower solar system will deliver long-term value to the students of Attleboro by generating meaningful savings that can be reinvested into local classrooms.”

Across the Commonwealth, there are more than 14,500 skilled professionals in the solar industry. A total of about 90 workers contributed to both the Stonehill College and Attleboro Public Schools installations during peak construction.