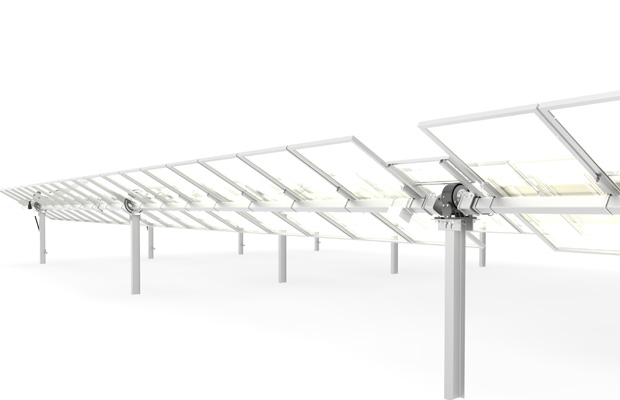 SunLink Corporation has expanded its portfolio of photovoltaic project solutions with the launch of the TechTrack Distributed single axis tracker.

Central to the system’s innovation is a dynamic design feature called Dynamic Stabilization through which the characteristics of the tracker are changed depending on real-time, sensor-observed environmental conditions. The company notes that beyond simply adjusting tilt, the TechTrack Distributed incorporates control over the damping and stiffness of the array, opening a completely new solution space for increasing energy output, maintaining structural integrity and lowering cost.

“We’re very excited about this revolutionary design,” says SunLink CEO Michael Maulick. “It reflects the very best of SunLink’s legacy for mechanical and structural engineering excellence combined with the leadership we’re now demonstrating in the software and electrical engineering arenas. Only by leveraging the power of technology advancements such as IoT, big data, machine learning and more can the solar industry move beyond a niche energy player into a grid-enhancing asset, and the world’s dominant energy source. TechTrack Distributed demonstrates what’s possible.”