Also, the project is expected to supply approximately 240 GWh of clean energy to the Argentinean power system every year. 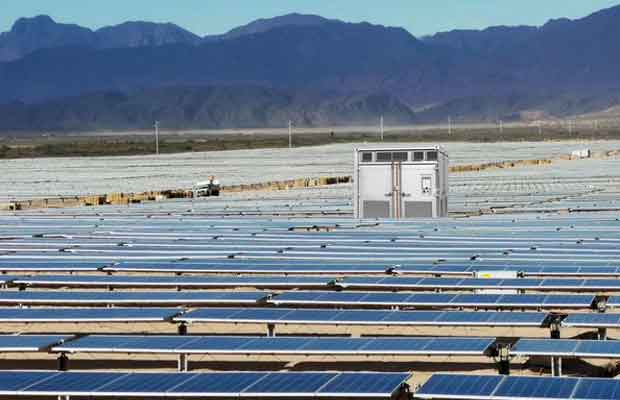 One of the global leading inverter supplier for renewable, Sungrow has supplied its 1500Vdc central inverter solutions for Argentina’s largest solar plant.

The 100.1 MWp solar plant came online in Cafayate of Salta Province in Argentina, a region optimized for solar energy due to high-volume of sunny days, while frequented by sandstorms, putting solar project equipment susceptible to significant wear-and-tear.

Further, this solar plant was choosen by Argentinean government in the second round (Ronda 1.5) of the country’s RenovAr auction program for large-scale renewable energy projects.

Also, the project is expected to supply approximately 240 GWh of clean energy to the Argentinean power system every year.

It is also likely to generate hundreds of jobs for local communities, contributing to the national renewable energy ambition of the emerging solar hub.

Commenting on the project, Sungrow, Vice President, James Wu said, “We are very proud to be a part of this monumental 100.1 MWp project which will provide thousands of Argentinians with clean energy.”

“This will have positive effects on local economy–tap the potential of renewable energy further and diversify the energy mix,” Wu added.

“We are delighted to partner with Sungrow to build the landmark project in this country with vital solar resource and look forward to collaborating on more ventures in the near future in line with the extension of ‘the Belt and Road’ initiative,” said an executive from PowerChina, an EPC of the solar project.

Sungrow said that it has provided 6.25 MW turnkey solution with central inverter SG3125HV for 1500Vdc system which can perform efficiently and stably even in harsh environments. It is also embedded with a high protection level and smart forced air-cooling technology

Moreover, this solution enables high yields with maximum inverter efficiency of 99 percent and DC/AC ratio up to 1.5 while at the same time ensures low transportation and installation cost due to standard container design, it added.

The company entered the Latin American market in late 2010s and now, it’s shipment in the region reached 1 GW.