Sungrow Power Supply Co., Ltd., or ‘Sungrow’ is a familiar name in the Indian solar sector today. Some would argue that Sungrow has as much at stake in the growth of solar in India as anyone else. Sungrow is one of the few firms, especially from China, that have set up a manufacturing plant in India, with its 3 GW inverter plant in Bengaluru continuing to be the largest single plant of its kind in the country. It is also Sungrow’s only overseas manufacturing plant, with the remaining 47 GW of its 50 GW capacity housed in China.

Sungrow put its India plans in place quite early, and once it did that, it has displayed a remarkable level of commitment for the market here. It was no surprise that in July 2019, Sungrow announced that it had reached the 4 GW milestone in India. Later during 2019, Sungrow went on to announce that its global installed base had crossed the 100 GW milestone, making it the first in the world to reach the mark, according to the firm. For many industry watchers, the Sungrow story is also a vindication of the power of marketing, something the firm seems to do a lot more of, when compared to many of its Chinese and global counterparts.

With a focus on inverters and inverter led solutions, the firm, led by its founder Cao Renxian , has built a formidable reputation for its brand. After starting initially with smaller capacity inverters in 1997, the firm has expanded its portfolio with offerings ranging  from 2kW-6.8MW, including household, medium-power string and large centralised inverters. Founded in 1997 and listed on the Shenzhen stock exchange in 2011, Sungrow is engaged in, among others, the PV, wind power, energy storage and EV sectors, covering R&D, manufacturing and after-sales service of new power source equipment.

Sungrow’s next big bet is clearly storage solutions, where it has also tied up with Samsung. The JV has launched lithium ion phosphate and ternary polymer lithium energy storage systems and now claims a total capacity of 6 GWh of Storage solutions now. 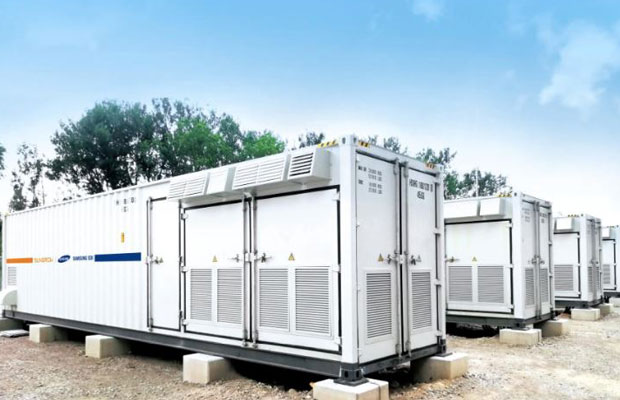 What those huge capacities, and the wide offerings, have done is give the publicly listed firm a very clear path to profitable growth. For 2019, the firm has given guidance for a healthy profit increase.

Jack Gu, President of Sungrow PV & Energy Storage Division, does see the need for further cost reductions in storage though, especially to open up the China market. “But it’s more challenging for the China market because the electricity fee is very low in China. Our focus will be on product development and technology innovation to decrease the cost of the battery, so that the whole system will be optimized to lower the cost. Thus, we expect costs to drop in the coming years. In markets like Australia, storage works even today. But in China the price is very low. I think almost every company has very low margins now, but we will continue to decrease the cost.”

While the firm’s focus on marketing and its brand is apparent during both its communications as well as celebration of milestones, which are usually public, the attention to detail in an area like design is just one example.

Gu adds that “When we established ourselves in Europe we found that the customer key points are different for residential, it’s a brand and the design and service are the key crucial parts. So how did Sungrow fulfill demand? We focused on the residential market separately for the brand. At the design level, Sungrow’s string inverter won prestigious awards like the Red dot award (in 2019). Besides a strong service network, of course.” 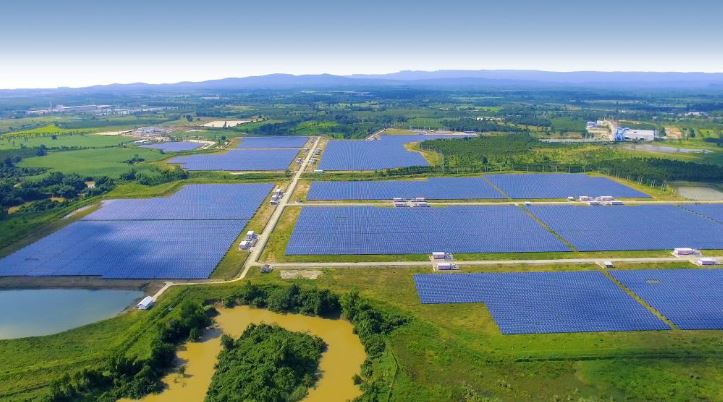 A 40 MW plant in Thailand

So how does Sungrow see the world markets? As a big opportunity. With India a critical piece of the jigsaw for the firm. From a focus on Utility inverters here, dictated by the nature of the market, the firm hopes to make deep inroads into both the C&I (Commercial and Industrial) and residential markets here. With a strong R&D base, the firm has the ability to adapt fast. After building its reputation with smaller offerings, it surprised observers with the launch of what it claims is the world’s most powerful 1500V string inverter. The 1500V SG250HX is a product with 12 MPPTs (Maximum Power Point Tracking), with each two strings sharing one MPPT. Sungrow claims that the design can effectively increase power generation in complex terrain and significantly reduce LCOE (Levelised Cost of Electricity).

With plans for every solar hotspot globally, Sungrow is definitely among the firms to watch out for, as the Solar revolution peaks globally.