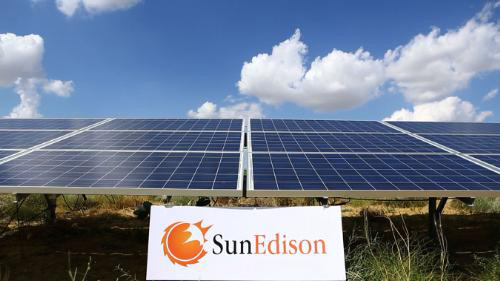 After Sun Edison’s recent announcements to support the Make in India, the US-based renewable energy developer has announced an expansion of its installed capacity base in India.

Earlier this month, the company disseminated that it has commissioned 146 MW of solar power capacity across three states in India. The company did not cite if these projects were commissioned under any state solar power policy. The projects are located in the southern Indian states of Telangana, Andhra Pradesh, and Tamil Nadu.

Winning the auction table from other companies, SunEdison secured the entire 500 MW capacity. The company placed a bid of Rs 4.63/kWh (US¢7.12/kWh). It was the first time in India that a company secured a winning bid of lower than Rs 5.00/kWh (US¢7.7/kWh).

The company, however, has had some setbacks as well. It sold 425 MW of solar power assets to its yieldco TerraForm Global for $231 million to retire some debt.