SunAlpha Energy, a leading Jaipur-based Solar EPC firm has informed us that the company has successfully commissioned India’s largest solar plant under the PM-KUSUM (Pradhan Mantri Kisan Urja Suraksha evam Utthaan Mahabhiyan) Scheme. The scheme is aimed at ensuring energy security for farmers in India, along with honouring India’s commitment to increase the share of installed capacity of electric power from non-fossil-fuel sources to 40% by 2030 as part of Intended Nationally Determined Contributions (INDCs).

The investors of this 2MW (AC) plant, SAP Energy, engaged SunAlpha for total 5MW projects under this scheme, for their design and construction expertise in ground mount solar power plants and power transmission. Power Purchase Agreements (PPA) have been signed with Jodhpur Vidyut Vitran Nigam Limited for sale to grid for a minimum period of 25 years. The nodal agency for the plant execution is Rajasthan Renewable Energy Corporation Limited (RRECL).

On this Occasion, the Energy Minister of Rajasthan, Dr. Bulaki Das Kalla said, “This is a matter of huge pride for all the farmers of this barren and unproductive land on which this Solar Power plant has been established under KUSUM Scheme. Through this solar power plant they are trying to increase and produce some other sources of income. In the Budget of 2019-20, our state government had decided to install Solar Power Plants of 2600 MW under this scheme.” 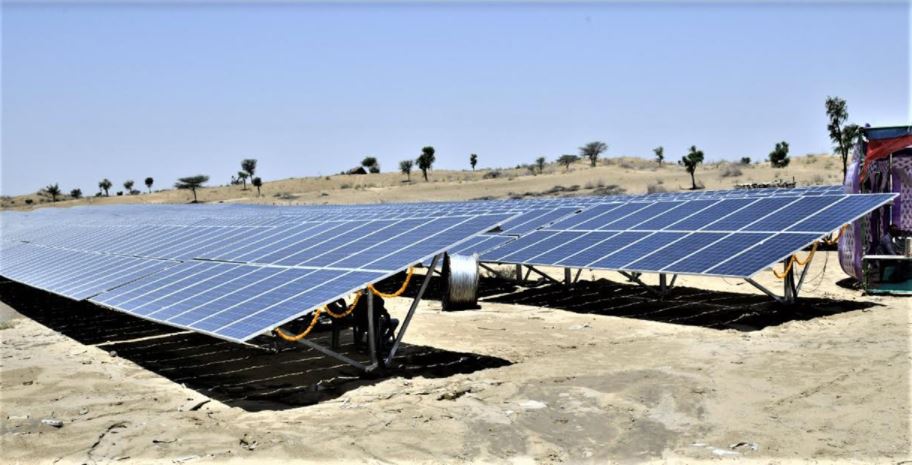 “SunAlpha is delighted to commission one of the first projects under this landmark scheme of Prime Minister Sh. Narendra Modi. This will not only provide farmers a new source of income but also generate local employment and develop the local economy as uncultivable land shall be monetised” said Raghav Mittal, Co-founder & CEO of SunAlpha Energy.

“SunAlpha is proud to be a part of this momentous occasion where both the center and state level governments have supported and cooperated to make this a success. We look forward to further  align with the vision of the policy makers and corporates and bring solar closer to the investor community” said Puneet Goyal, Co-founder & Director of SunAlpha Energy.