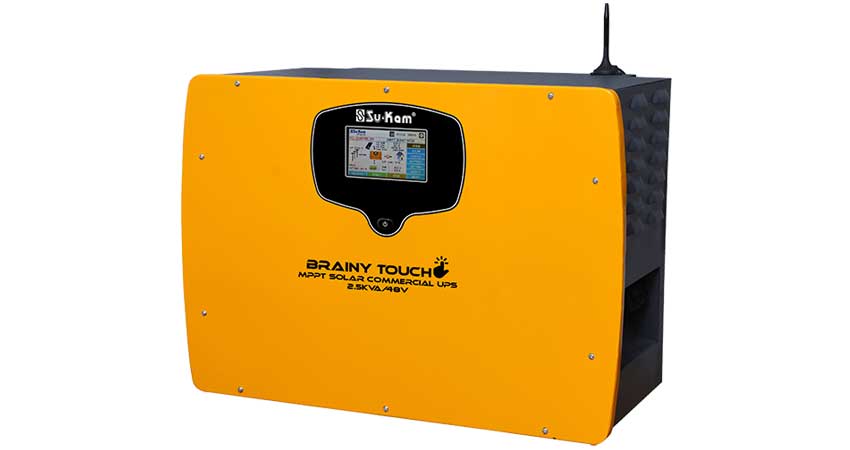 Su-Kam has introduced Brainy Touch, the first touch screen Sunlight based PCU which accompanies a built-in MPPT (Maximum Power Point Tracking) solar charge controller which efficiently runs the load and charged the battery which is later utilized for emergency back-up.

It is powered with DT-6S technology that gives powerful six stages charging, guaranteeing speedier charging and increment of battery life up to 30 percent over existing technology. It has an inherent energy meter that permits user to learn the exact power produced from sunlight in a graphical configuration, helping consumers to compute investment funds.

Brainy Touch can be monitored with a smart phone through its inherent Wi-Fi system to consistently control the technology.

In addition, it can likewise be checked on-the-go, by the means of a particular free apps ‘Solar PCU Monitor’.

From the sources, an intelligent charging sharing feature in the PCU enables the product to capture and store the power specifically from the grid, if the power generated by the solar panels is low.