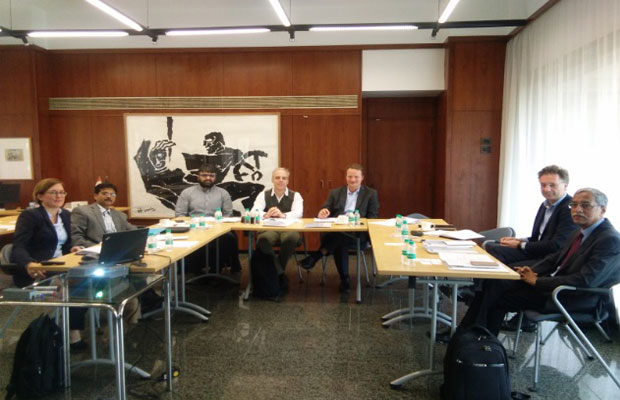 The Solar Thermal Federation of India (STFI) and the Indo-German Chamber of Commerce (IGCC) have teamed up for the international ‘Solar Payback’ project. The Solar Payback project aims to increase the use of solar thermal energy in industrial processes.

Supported by the German Federal Environment Ministry and funded by the International Climate Initiative, the three-year project will be implemented in India, South Africa, Mexico and Brazil. It is coordinated by the German Solar Association BSW-Solar and eleven partner organizations: three German companies, plus each target country’s national solar industry association and German Chamber of Commerce.

Facilitators from Germany include research institute Fraunhofer ISE, the German Investment and Development Corporation (DEG) and communications and market research agency Solrico. The project will be jointly implemented in India by Pune-based STFI and IGCC with its head office in Mumbai. It was launched in October 2016 and will end in September 2019. The budget for the four countries is EUR 2.96 million.

The use of solar heat for cleaning, steam production, bath heating and surface treatment in manufacturing is still a niche market in India and around the world. “With Solar Payback, we aim to  raise  awareness  about  the  huge  market  potential  of solar process  heat  for three reasons: to reduce CO2 emissions, to save energy costs for the investors and to sharpen  the competitive edge of local industries,” said Jörg Mayer, Managing Director of BSW-Solar.

India’s industrial companies, which are responsible for 38 % of the country’s total energy consumption, have installed a total of 40,000 m2 of collector area for solar process heat so far. “The saving potential of solar heat technologies in the industry is enormous, and payback times are pleasingly low,” said  STFI Secretary General Jaideep Malaviya .He added “Solar Payback is likely to increase the confidence of industrial customers to supplement carbon-based fuels.” Suitable technologies for solar process heat are either flat plate collectors, concentrating   dishes or vacuum tube collectors with CPC mirrors.  Most systems based on these three technologies have been manufactured in the country; satisfying systems based on these three technologies have been the current government´s Make in India strategy.

Solar Payback has so far focused on an in-depth analysis of market barriers and drivers by drafting a solar process heat roadmap and making policy recommendations. In addition, it intends to strengthen the industry by offering training for planners and raise awareness by organizing an industry conference. The project partners will use a wide range of activities and communication tools to get in touch with the relevant stakeholders in politics, business and financing.

This project is part of the International Climate Initiative (IKI). The Federal Ministry for the Environment, Nature Conservation, Building and Nuclear Safety (BMUB) supports this initiative on the basis of a decision adopted by the German Bundestag.