Largest Global Solar EPC Company, Sterling and Wilson, with over 1 GW of installations on ground, have signed an agreement to construct a 170 MW photovoltaic (PV) facility, with the consortium led by ACWA Power in the Kingdom of Morocco. The agreement was signed during a ceremony at COP22 in Marrakech. 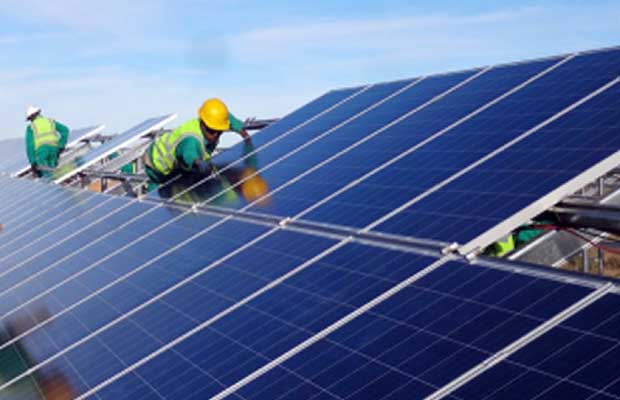 The NOOR PV I Program will consist of three projects: NOOR Ouarzazate IV, with a capacity of around 70 MW, NOOR Laayoune, 80 MW and NOOR Boujdour, 20 MW. This is the first solar PV phase of the NOOR Solar Plan, which has already seen three major Concentrated Solar Power (CSP) projects in Ouarzazate. Morocco is targeting 52 percent of its energy generation from renewable sources by 2030. It’s the only country in North Africa without significant fossil fuel reserves and imports over 90 percent of its energy.

The electricity produced by the plants using Photovoltaic technology will power thousands of homes and reduces carbon emissions by thousands of tons of CO2 equivalent emissions every year of its operation. Sterling and Wilson has been selected as the EPC contractor for what will be one of the largest Solar PV plants in North Africa. Once completed, the plant is expected to be operational for 20 years. Sterling and Wilson will be contributing to the local development of the community by ensuring maximum engagement of local resources on these projects. The company shall impart specialized training locally to both skilled and unskilled resources in order to meet the project expectations.

“These projects have been won after an intense competitive bidding process”, said Bikesh Ogra, President – Renewable and Electrical. He further added that, “the success around these projects, which are amongst the much spoken about, in the global fraternity, has been a matter of great pride for us as a group. Morocco has been one of our most important target markets and these projects would hopefully enable us to consolidate our positioning for all forthcoming opportunities in the country and the region as a whole. We will work earnestly towards embracing socially and economically inclusive equitable work methods, skills development and employment for the local community in order to achieve best standards in performance, and a belief in contributing to a reliable and sustainable energy supply.

The projects will be constructed in strict compliance with the existing environmental and social responsibility legislation in Morocco.” Construction on NOOR PV I will begin shortly and is estimated to take 12 months to complete.