Research firm Bridge to India, in its India Solar Rooftop Map (Report) for December has some interesting findings.

The report highlights total cumulative solar rooftop capacity of 8988 MW by December 2021, with close to 75% accounted for by capex projects. The Industrial segment dominates the rooftop category, with over 50% share of total capacity, followed by the commercial segment at 29% and residential at 21%.

Among top suppliers, the report throws up Chinese string inverter major Solis as the leader in the rooftop category, with a 29% market share. Followed by Sungrow at 17.4% and Growatt at 19.2%.

For Solis, the report vindicates a year in which the firm pulled out all stops to service the Indian market, even as many other firms stumbled on sourcing and service. The result has been a massive vindication of the company’s efforts, as Honey Raza, Head, Sales at Solis India puts it. “A big Thank you to all our Customers & Congratulation to the whole Solis team”. After taking the lead position in 2020, this is 2nd time that Solis has been declared the market Leader, managing to retain its position. 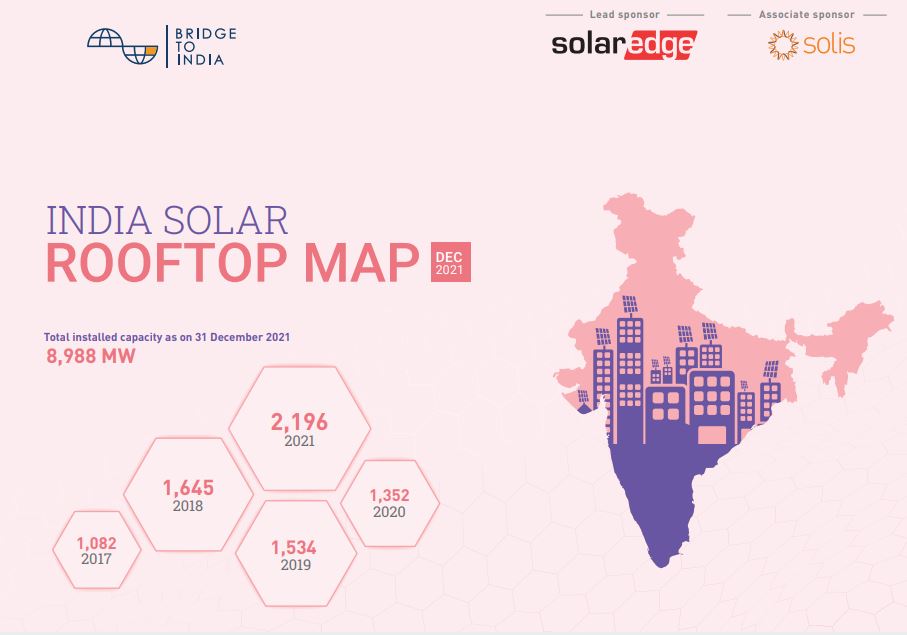 To satisfy the global customer demand Solis has increased its Annual Manufacturing Capacity from 5GW to 40GW.

In other highlights, the report ranks Fourth Partner Energy, Amplus and Tata Power as the top 3 project developers, on the basis of capacity installed. Similarly, on the EPC side, it is Tata Power, Fourth Partner and Orb Energy that bring up the top 3.

Among states, Maharashtra, Gujarat and Rajasthan lead in terms of new capacity during the year.