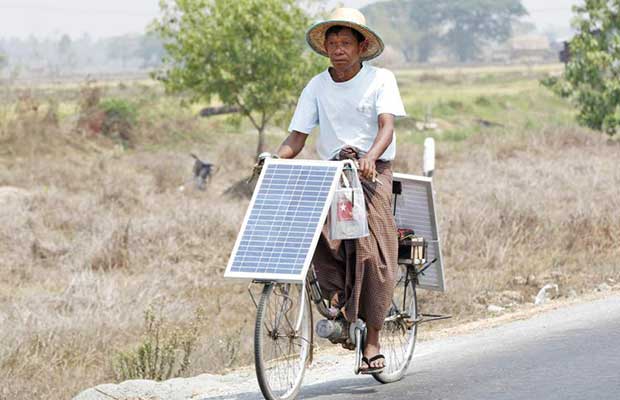 According to the company statement, the firm is growing rapidly having recently closed a pre-Series A round of equity funding led by Uberis Capital and debt funding from Kiva. Its installation rates have ramped up from 100 systems per month to 500 per month at present, with a team of 50 installers and sales people.

The firm said its 1,000 intallations are the equivalent of bringing lighting to 4,900 people and enabling 1,670 children to extend their study hours, 200 rural shop-owners to increase their earnings by keeping the store open after dark, and 120 fishermen to pursue productive night fishing by using the detachable electric torch provided with SolarHome’s systems.

SolarHome installs integrated solar energy and appliance units in customers’ homes. It also offers affordable “rent-to-own” plans of energy service subscription. This lowers the barriers to adoption of solar technology by the poorest in society, allowing those who live too far away from the grid to enjoy access to electricity through solar power.

Deputy CEO of SolarHome, Mila Bedrenets, said: “Our traction in the last few months has been consistently exceeding our expectations.  The market’s capacity is enormous, with 27 million households living off-grid in Southeast Asia, spending an estimated US$3 billion on legacy energy solutions. In the next year, we plan to bring affordable renewable energy to over 40,000 households in Myanmar.”

SolarHome was seeded and developed by FORUM, the largest fintech venture builder in emerging Asia. It now has a market of 27 million households living outside of the electric grid