Solar water pump market in India struggles to take off

In 2014, PM Narendra Modi set a target to install 1 million solar water pumps, equivalent to approximately 3000 MW, for irrigation and drinking water by 2021. But actual cumulative installed base stood at merely 25000 pumps as of April 2016. The bleak performance is despite the government offering massive subsidies of as much as 75-95% of upfront capital cost of the pumps. 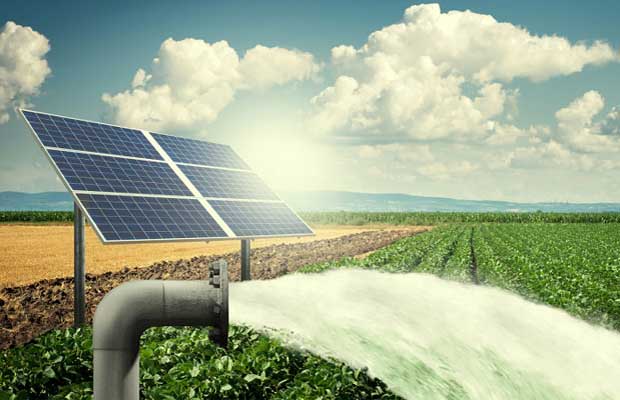 Tamil Nadu, Andhra Pradesh and Gujarat have made some progress but overall results are disappointing despite generous capital subsidies being offered to farmers. Poor progress is down primarily to flawed procurement process, over emphasis on capital subsidies and lack of awareness amongst farmers;

To reduce subsidy outgo and improve implementation, alternate procurement and financing models need to be explored. Andhra Pradesh is the leading state by total number of solar pumps deployed with an installed base of nearly 6000 pumps. Gujarat, Rajasthan, Tamil Nadu, Madhya Pradesh, Uttar Pradesh and Karnataka are other leading states.

Solar water pumps offer a very compelling application of solar technology for many reasons – improving energy access in remote areas, replacement of dirty and costly diesel-pumps and reduction in agricultural power subsidies. Some experts have questioned the rationale behind having such an ambitious target for solar water pumps as they believe that solar water pumps lead to over-exploitation of ground water and benefit only the relatively wealthy farmers. However, the government counter-argument is that solar pumps combined with drip irrigation can avoid over-exploitation of ground water and capital subsidies on solar water pumps offer a much better value for money than subsidies on sales of rural electricity and diesel.

The government has therefore identified solar water pumps as a policy priority with ambitious targets and substantial capital subsidy support. However, progress has been botched by muddled procurement process and erratic implementation on-the-ground, bane of most rural support schemes in India.

Maharashtra provides a useful case-study. Intending to take a lead in this market, the state recently completed a tender process for procuring 10000 solar water pumps. However, despite offering 95% capital subsidy to farmers, only 6,500 farmers showed interest and out of them, only 650 provided an advance deposit by July 2016 even after the state government signed contracts for procurement of 10,000 pumps. The limited interest was allegedly because of stringent eligibility criteria, poor tender design and lack of awareness amongst farmers. The tender process was also riven with allegations of bungling and corruption.

According to Bridge to India, there are many lessons to be learnt here. Procurement design and financing models need to draw on learning from other areas. The government could also potentially widen the Domestic Efficient Lighting Programme, for nation-wide bulk procurement and sale of LED lamps and now energy efficient ceiling fans and electric water pumps, to include solar water pumps to improve implementation and lower subsidy abuse.