By installing these solar panels, it is assumed that 90 percent of the power needs of the corporation buildings will be met through this project.

In a bid to swerve towards clean energy from non-renewable energy, the Greater Chennai Corporation is all set to install solar panels in 1,378 Chennai corporation owned buildings. 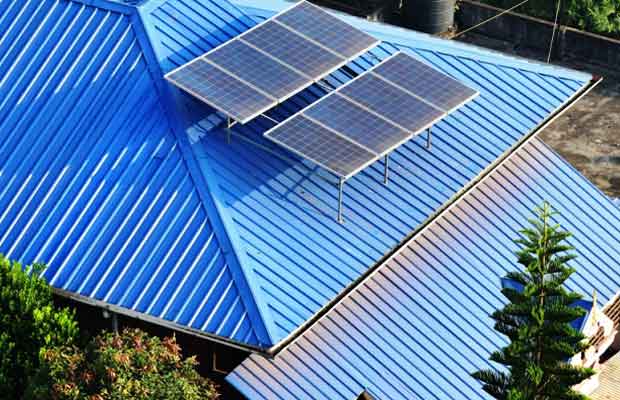 As per sources, it is said that the total power production capacity of these panels would be 5,639 KW. “By installing these panels, it is assumed that 90 percent of the power needs of the corporation buildings will be met through this project,” the official added.

The project will be executed with the support of a private service provider. About Rs 9.16 crore subsidies would be provided by the Ministry of New and Renewable Energy. According to sources, Chennai Corporation has to spend `24.67 crore for the project. The service provider would be paid according to the amount of energy produced, the official said. “Proposal has been sent to Board of Chennai Smart City Limited for approval. Once the approval is given, we will proceed to call for tenders,” the official explained.

It is pertinent to mention that the Tamil Nadu Solar Energy Policy 2012 had targeted to achieve 2,000 MW of solar power by 2015.