The initiative is designed to provide electricity to some of the nearly 20 million Afghans who are not connected to the national power grid. 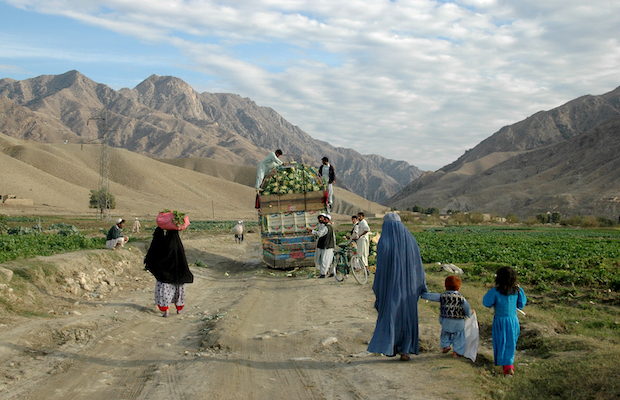 IFC, a member of the World Bank Group, has launched a pioneering program to supply small-scale solar power systems to homeowners across Afghanistan.

The pilot program will see the introduction of Afghanistan’s first pay-as-you-go home solar systems. The systems, which include small solar arrays and batteries, allow Afghans to pay for electricity through small monthly installments, key in a country that is one of the poorest in Asia. The initiative is a collaboration between IFC’s Lighting Afghanistan program, the Afghan Wireless Communications Company (AWCC), the Global System for Mobile Communications (GSMA), and d.Light, a supplier of home-based solar power systems.

In Afghanistan, nearly 60 percent of the population – over 20 million people – is not connected to the national electric grid, despite efforts by the government and its development partners to expand the network. Initially, the new IFC-led project will help provide pay-as-you-go solar power systems to homeowners in the provinces of Nangarhar and Kandahar. The systems, manufactured by d.Light, has been quality certified by IFC’s Lighting Global program, an umbrella initiative that includes Lighting Afghanistan. After this pilot phase, the systems will be offered across Afghanistan.

“In Afghanistan, difficult terrain, the dispersed nature of rural communities, and a precarious security situation make it extremely difficult to expand the national power grid,” said Marco Indelicato, IFC Program Manager of Lighting Afghanistan.  “Solar home systems, however, can provide Afghans with a reliable, cost-effective source of electricity, which is a crucial first step in fighting poverty and creating economic opportunities.”

The pay-as-you-go model has helped drive sales of solar home systems in many other countries. Over 800,000 households globally were electrified by pay-as-you-go solar companies in the first quarter of 2018 alone. The initiative is part of a wider effort by IFC to help Afghanistan combat poverty, improve access to power and drive economic growth.