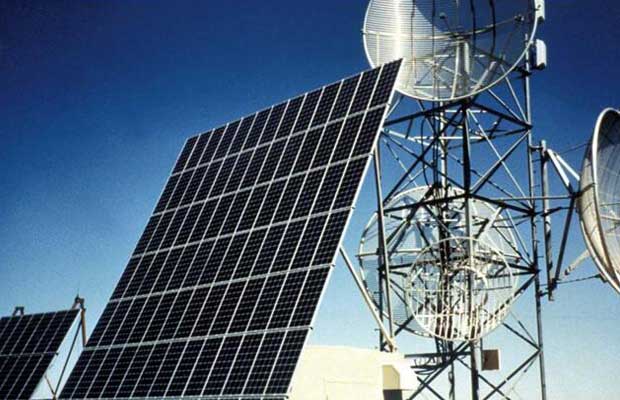 Solar powered telecom towers helping people in remote villages of Rajasthan’s Alwar district to be part of ‘Digital India’ initiative. People including women from villages like Karenda, Phalsa and Bahadari, in Rajasthan are connected to the internet and mobile telephone under an initiative of a private company; however, the villages lack basic facilities like road, post office, hospital and police station reports PTI.

Gram panchayats are proposed to be connected with internet as per the Centre’s ‘Digital India’ plan and may take at least one-and-a-half years more, however locals  said some of them were already using cheaper WiFi internet to download study material or enjoy video songs on YouTube.

“I use internet to download study material for the exams that I am preparing for,” said Krishna Devi, who is preparing for teacher’s eligibility test (TET) to PTI.

The government school in Karenda, which locals claimed got electricity connection about two months ago, already has a digital classroom with the study material for some of the classes optimized for ‘digital tutorials’ run on the internet provided by VNL Telecom.

“The best part is that there is no dependence of the internet and the entire digital education system on conventional electricity. The entire set-up operates on power generated by solar panels installed on the roof of the school while the internet connection has been taken from the telecom tower which too runs on solar energy,” said Rahul Dubey, a VNL technical official.

Some kilometres off these villages towards the main road that links Bhiwadi to Alwar is Mushtaqpur where Mohar Singh recently set up an e-services shop that helps local people get made their Aadhar card, passport, birth/death certificates, ration card or other such document and train/bus tickets.

The advantage of these telecom towers are manifold, VNL officials said, noting the biggest being their ability to run on low power which too is taken from solar energy.  This is a first-of-its-kind initiative in the country, the officials said.