“Cochin International Airport will take home the award for Entrepreneurial Vision, for its leadership in the use of sustainable energy,” says UNEP.

World’s first solar-powered Cochin International Airport has been conferred with the United Nation’s highest environmental honour for 2018 ‘Champion of the Earth’ award in the Entrepreneurial Vision category. 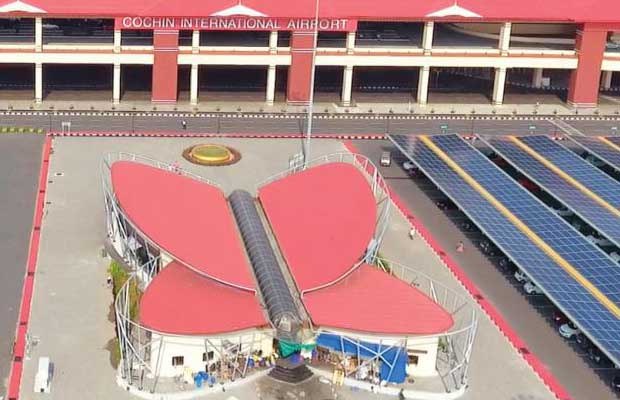 The United Nations Environment Programme (UNEP) said in a statement that, “Cochin International Airport will take home the award for Entrepreneurial Vision, for its leadership in the use of sustainable energy.”

“Cochin is showing the world that our ever-expanding network of global movement doesn’t have to harm the environment. As the pace of society continues to increase, the world’s first fully solar-powered airport is proof positive that green business is good business,” it added.

On achieving the honour, Cochin International Airport, commented, “Worldwide, solar power is the fastest-growing source of new energy. We are determined to lead the way and pioneer this development.”

Six of the world’s most outstanding environmental changemakers have been recognized with the Champions of the Earth Award, the UN’s highest environmental honor.