Solar panels installed at apartments, offices and malls can generate electricity during the day and reduce the carbon footprint.

BENGALURU: Bangalore Electricity Supply Company (BESCOM) is working on a plan to have solar power charge electric vehicles. Speaking to TNIE on the sidelines of the launch of city-wide rooftop solar initiative, BESCOM Managing Director C. Shikha said, We are working on a design to have electric charging points that generate electricity through solar panels for electric vehicles. It is still at a nascent stage. We might use it to charge the government’s fleet of cars and also buses. We will also make it available for private car owners.” 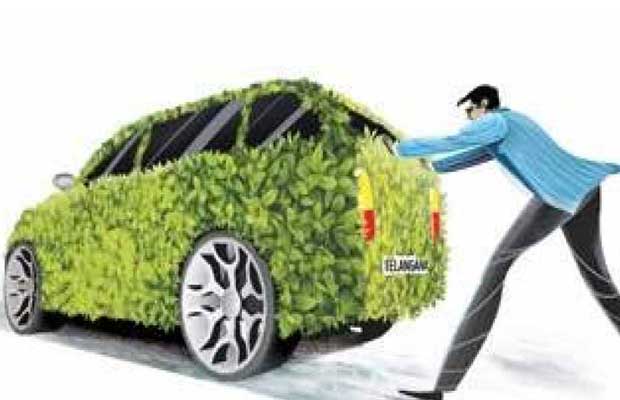 Solar panels installed at apartments, offices and malls can generate electricity during the day and reduce the carbon footprint. She addressed a gathering on the importance of solar energy and BESCOM’s collaboration with Bangalore Apartments’ Federation (BAF) to reach their target of 1000 rooftop solar-powered apartments in the next two years.

“Excess power is being generated by the BESCOM for the past few months, between 10 am to 6 pm. This comes up to 300 million units of electricity, which we sell to outside buyers. In the one and a half months since we launched the online portal to apply for rooftop solar power plants, we have received 100 applications already,” she said.

Srikanth Narasimhan, general secretary of BAF said,” The primary reason we must all turn to solar power is that the price of solar panels are coming down. There is an increasing need for more environmental friendly measures and moreover, it also makes sense commercially.”

“Through our collaboration with the state government and BESCOM, we have been able to simplify the process of getting approvals. For projects generating less than 1 mega watt of electricity through solar panels, the approval from Chief Electrical Inspector to Government (CEIG) is now no longer needed, cutting down the wait time by two months,” Srikanth added.